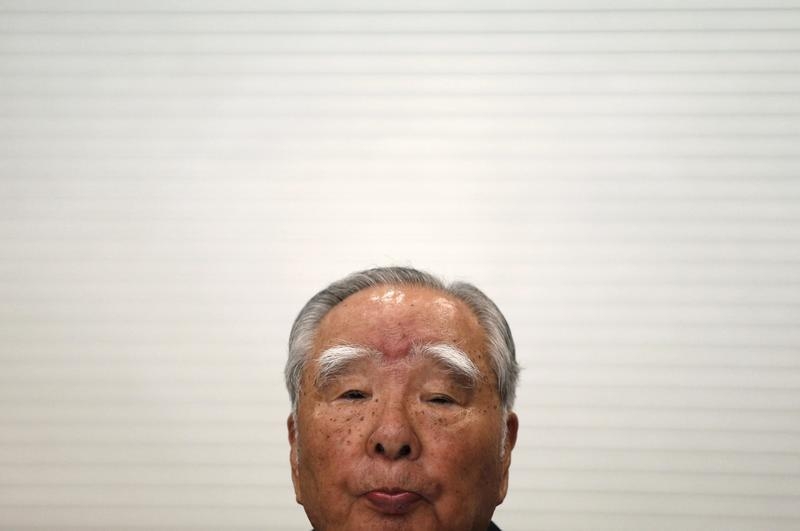 The Japanese carmaker has skimped on dividends and amassed a huge cash pile during its long feud with 19.9 pct owner VW. Now the German group must sell and Suzuki wants to buy the $3.8 bln stake. That would mean a big boost to earnings – and hearten Suzuki’s hedge fund fan club.

Suzuki Motor Chairman and Chief Executive Officer Osamu Suzuki attends a news conference in Tokyo, Japan, August 30, 2015. Japan's Suzuki Motor Corp said on Sunday it will buy back the 19.9 percent stake it sold to Volkswagen AG after an international arbitration court settled a dispute between the automakers over their failed partnership. REUTERS/Issei Kato

Japan’s Suzuki Motor said on Aug. 30 it would buy back the 19.9 percent stake it sold to Volkswagen after an international arbitration court ordered the German automaker to sell its holding.

The planned partnership soured with Japanese automaker accusing VW of seeking to control it and filing for arbitration in November 2011. VW’s stake, acquired in January 2010 for 1.7 billion euros ($1.9 billion), was worth $3.8 billion at Aug. 28’s closing price. Both companies said they welcomed the clarity offered by the ruling from the International Court of Arbitration of the International Chamber of Commerce, which partially upheld the German company’s counterclaims of breach of contract.

U.S. activist fund Third Point disclosed in a recent investor letter that it had taken a stake in Suzuki. The letter, dated July 31, said Suzuki was undervalued and the spat with VW had “apparently paralyzed the company, leaving it unable or unwilling to fix its inefficient balance sheet”. Third Point Chief Executive Dan Loeb has agitated for change at other Japanese companies including Sony and Fanuc.

Avinash Abraham of Balyasny Asset Management highlighted Suzuki at Sohn Hong Kong, a hedge-fund industry charity event, on June 3. Abraham said the group was undervalued and offered a way to bet on Indian growth, while a resolution of the VW dispute appeared imminent.