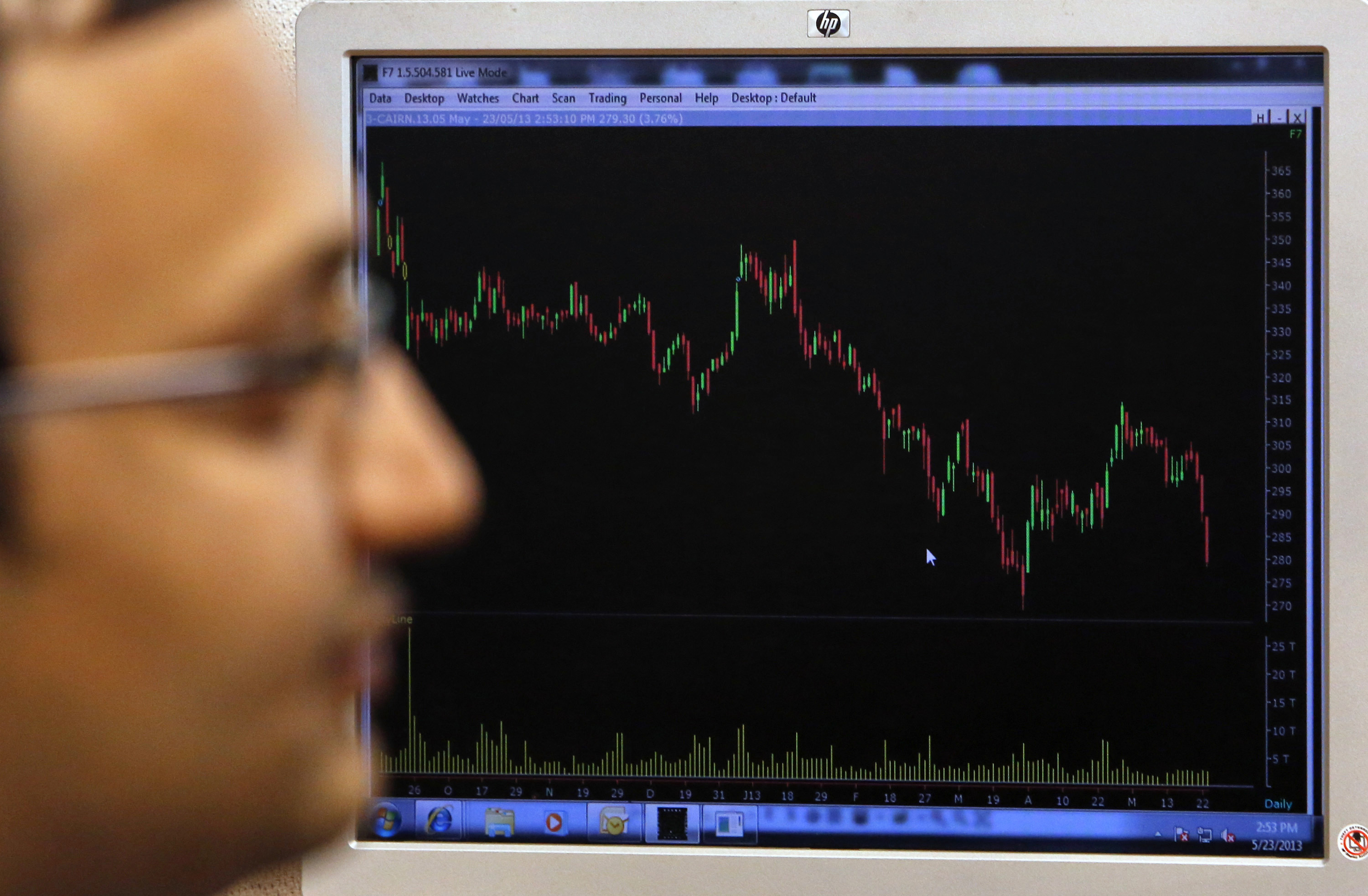 The private equity fund fending off a hostile bid brought forward results and hinted at a better deal. That may stop investors selling to the U.S. investment group. Yet rigid UK rules, and HarbourVest’s aggression, give SVG just three weeks to flesh out a tricky alternative.

A broker works while sitting in front of a screen displaying live stock quotes on the floor of a trading firm in Mumbai May 23, 2013. Indian shares fell more than 1 percent on Thursday, while a volatility index surged, as the prospect of an end to the U.S. stimulus programme and a weak China manufacturing survey sparked concerns that foreign investors will end their recent buying spree. REUTERS/Vivek Prakash (INDIA - Tags: BUSINESS) - RTXZXJQ

SVG Capital, the investment group that has received a 1 billion pound ($1.4 billion) takeover bid from U.S. rival HarbourVest, said on Sept. 16 it had received "approaches from a number of credible parties" for an alternative offer.

These approaches "may lead" to an offer that "could deliver" a higher value than the 650 pence per share offered by HarbourVest, SVG said. The target's shares were trading at 681 pence at 1015 BST on Sept. 16.

SVG also brought forward the release of its half-year results, showing that its net asset value has increased by 12 percent over the six-month period. Half of the increase came from currency shifts.

HarbourVest had on Sept. 12 made what it called a "final" offer to buy SVG Capital, which invests in Permira and other private equity funds. Shareholders owning 42.7 percent of the offer had already said they intended to accept the offer. HarbourVest also said it had bought 8.5 percent of SVG's shares in the market at the offer price.