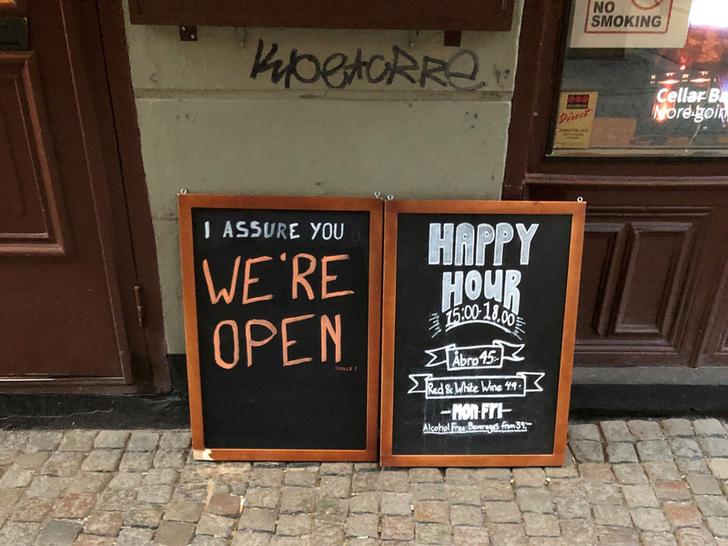 The only Western state not to enforce a lockdown has a higher death rate than Nordic peers but lower than Britain or Italy. Its economy will emerge less scarred. But that’s also because of generous welfare and the fiscal room it’s using to compensate companies for lost sales.

A sign assures people that the bar is open during the coronavirus outbreak, outside a pub in Stockholm, Sweden March 26, 2020.

The Swedish government said on May 7 it would spend 14.7 billion Swedish crowns ($1.5 billion) on more measures to cushion the blow of the pandemic on the country's economy. Finance Minister Magdalena Andersson said on the same day that pandemic-related spending measures now totalled 185 billion crowns.

The government added it would continue to shoulder companies' costs for sick leave through July, beyond the end-May deadline it had originally set. It also increased the size of benefits that employees receive.

Sweden’s government on April 30 announced a 39 billion crown plan to support companies based on lost turnover. The size of the support could vary between 22.5% and 75% of the business’s fixed costs, excluding wages, for March and April 2020.

Sweden’s statistics agency said on May 5 the economy shrank 0.3% in the first three months of the year compared with the previous quarter.