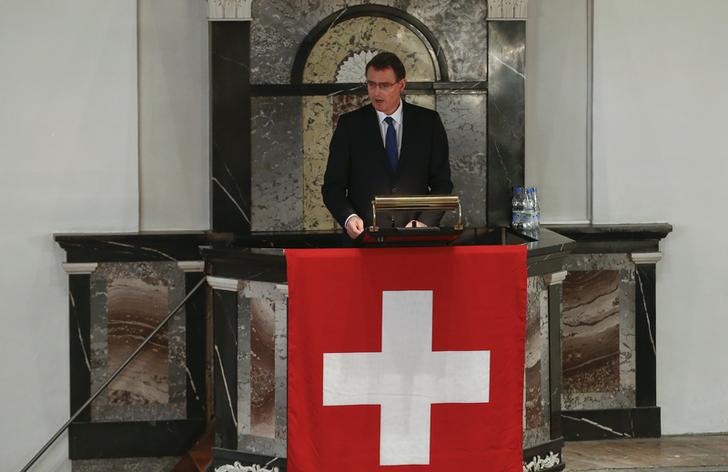 Credit Suisse and UBS could face a 6 pct capital-to-assets ratio requirement, after a proposal was voted through Switzerland’s lower house. That’s higher than for peers, but the swing factor is forthcoming global bail-in rules. In most scenarios, Swiss lenders should cope.

Thomas Jordan, chairman of the Swiss National Bank (SNB) delivers a public speech at a church in the town of Uster, near Zurich November 23, 2014.

Switzerland’s lower house of parliament, the Nationalrat, approved on Sept. 24 proposals for the country’s biggest banks to reach leverage ratio requirements of 6 percent and separate riskier parts of their business.

Switzerland’s upper house will now discuss and vote on the proposals in the next three to six months, a spokesman for parliament said.

If the upper house approves the measures and they are not challenged in a referendum, Switzerland’s seven-member government will then write them into law.