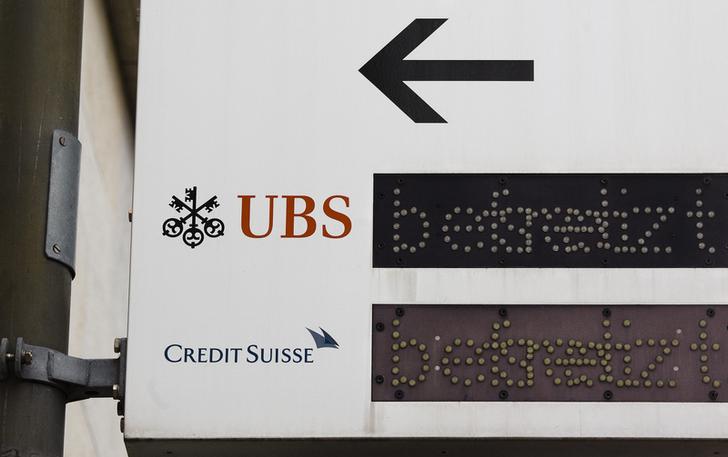 UBS and Credit Suisse shouldn’t bin their turnaround plans just yet. Switzerland’s finance minister Eveline Widmer-Schlumpf managed to wipe 6.5 billion Swiss Francs ($7.1 billion) off the two lenders’ combined market values on Nov. 4, by declaring that they should meet an equity-to-assets “leverage ratio” of at least 6 percent. Although current global rules require only half that, both big Swiss lenders could rise to the challenge.

Widmer-Schlumpf sometimes jumps the gun: last month she said an international probe into foreign exchange manipulation had already uncovered firm evidence of wrongdoing, and then retracted her comments. Banks will be hoping for a similar climb down.

The logos of Swiss banks UBS and Credit Suisse are seen on a sign in Zurich, February 13, 2013.

Swiss finance minister Eveline Widmer-Schlumpf said on Nov. 3 that her country’s banks should be subject to higher leverage ratio requirements of 6-10 percent of equity to assets, according to a person with knowledge of the situation. However, any change would be unlikely to happen before a review of Switzerland’s too-big-to-fail financial reforms, due to be presented before parliament at the start of 2015.
Widmer-Schlumpf’s comments about leverage were first reported by Swiss newspaper Schweiz am Sonntag.