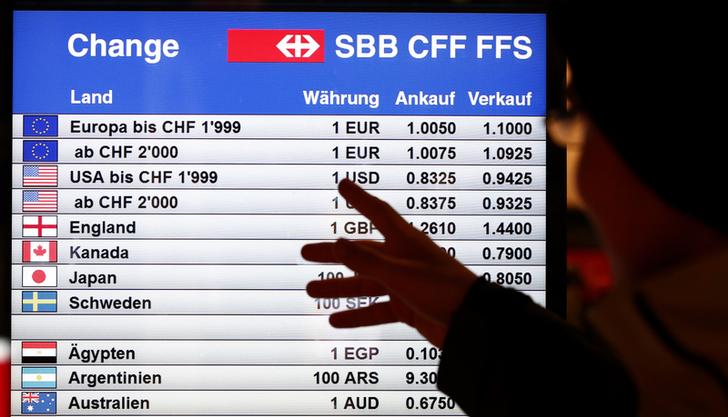 The removal of Switzerland’s currency peg could spur further consolidation in Poland’s banking sector. Austria’s Raiffeisen Bank International has 2.9 billion euros ($3.4 billion) of Swiss franc loans in central Europe’s biggest market via its Polbank subsidiary. Losses from the sharp appreciation of the Swiss franc against the local currency, which affects Poland more than other countries in emerging Europe, could be its cue to sell up.

Raiffeisen is due a retrenching. While it and other banks dodged a bullet in Hungary, where the state had already forced banks to convert Swiss franc mortgages into forints, further pain in Russia and Ukraine could inflate its worst-case estimate of a 500 million euro loss for 2014. Its 2016 fully loaded Basel III capital ratio in the adverse scenario of recent European Banking Authority stress tests was a lowly 3.9 percent, and Chief Executive Karl Sevelda has said the bank might exit one or more foreign markets.

Barclays analysts estimate there are 31.5 billion euros of Swiss currency mortgage loans originated in Poland – 8 percent of GDP. The Swiss franc’s jump from 3.6 zlotys (0.83 euros) to 4.2 zlotys will push up non-performing loans. Yet a senior executive at PKO, Poland’s largest lender, told Reuters that the Swiss franc would need to settle above five zlotys to cause real shockwaves. All six domestic lenders included in the EBA stress test passed comfortably.

Under the terms of its 2012 acquisition, Raiffeisen has to list 15 percent or more of Polbank by 2016 anyway. But a sale of the whole of Polbank could be attractive to Italy’s UniCredit, Spain’s Santander  or France’s BNP Paribas. All three vied to buy BGZ, Poland’s eleventh-largest bank, from Dutch lender Rabobank. BNP finally prevailed last year, but is still only the seventh-largest lender by assets in Poland.

Snapping up Raiffeisen’s Polish assets would catapult BNP into the top five, even if one assumes the Swiss franc loans are worth nil. A purchase for UniCredit, meanwhile, would put it on a par in terms of balance-sheet size with PKO. As such, Raiffeisen’s Polish pain could be another bank’s gain.

Raiffeisen Bank International’s biggest exposure to Swiss franc loans was the 2.9 billion euros ($3.4 billion) it had in Poland at the end of September, the lender confirmed in an email.

It added that it was yet to forecast the effect of Swiss franc appreciation on its asset quality, as it was waiting to see at what level exchange rates settled.

A man looks at a board showing currency exchange rates in Bern January 15, 2015.

Raiffeisen Bank International’s biggest exposure to Swiss franc loans was the 2.9 billion euros ($3.4 billion) it had in Poland at the end of September, the lender confirmed in an email.

It added that it was yet to forecast the effect of Swiss franc appreciation on its asset quality, as it was waiting to see at what level exchange rates settled.