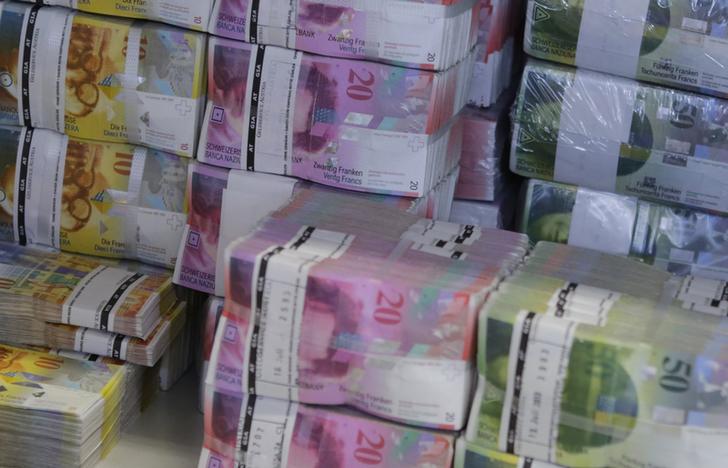 It almost never happens like this. In a mere 20 minutes, the Swiss franc rocketed. The euro fell from 1.2 to 0.86 Swiss francs. The rate then stabilised at around 1.03 Swiss francs, a 16.5 percent rise in a single morning. This is what capitulation by a central bank looks like. The Swiss National Bank had up until then staunchly protected the currency’s ceiling of 1.2 euros since September 2011.

The old policy was entirely logical. The SNB could print francs for free to buy foreign currencies. Swiss exporters welcomed the stability at a value close to the 1.28 euros which UBS estimates reflects purchasing power parity.

But the decision to protect a value so far below what the market would have determined came with bad side effects. The central bank accumulated foreign reserves worth nearly 500 billion Swiss francs, a big enough pile to risk disrupting the domestic economy whenever it was sold down. Swiss property prices boomed, as foreigners tried to get in while the franc was cheap. And the franc weakened with the euro against the dollar, arousing domestic discontent in a public which treasures a strong currency.

The expected imminent start of quantitative easing from the European Central Bank would have amplified the negatives. In effect, the ECB would print euros to buy euro zone sovereign debt, mainly from banks. Many of those newly minted euros would have ultimately found their way into ultra-safe and undervalued Swiss francs. That won’t happen now.

The sudden gain will be tough on exporters and on any central Europeans with mortgages denominated in Swiss francs. Few of these borrowers will even feel the compensating effect of the half percentage-point decline in the policy interest rate, to a negative 0.75 percent.

The SNB promises to “remain active” in the foreign exchange market. It didn’t say so, but it might even introduce a new peg if that seems opportune. But Thursday’s volatility could make that less likely. For international investors in search of monetary stability, Switzerland has become a less predictable safe haven.

The Swiss National Bank discontinued its minimum exchange rate of 1.2 Swiss francs against the euro on Jan. 15. It also lowered the interest rate on large sight deposit account balances by 0.5 percentage point, to negative 0.75 percent.

The euro exchange rate moved from 1.2 to 0.86 francs in the 20 minutes following the announcement.

The Swiss National Bank discontinued its minimum exchange rate of 1.2 Swiss francs against the euro on Jan. 15. It also lowered the interest rate on large sight deposit account balances by 0.5 percentage point, to negative 0.75 percent.

The euro exchange rate moved from 1.2 to 0.86 francs in the 20 minutes following the announcement.