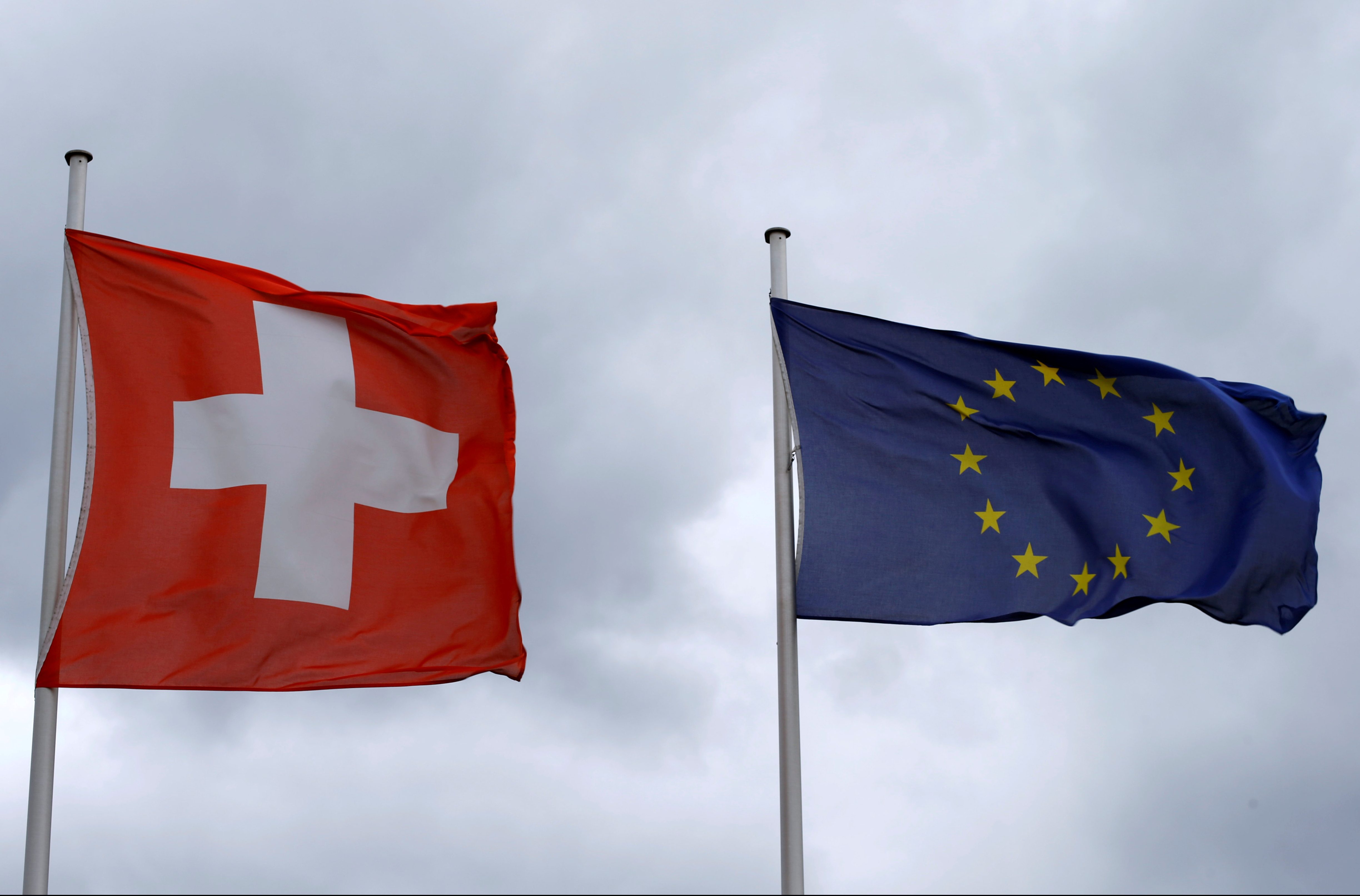 Fear of a popular backlash is preventing the Alpine nation from signing a deal to simplify EU relations and gain better market access. But Bern has little leverage over its trade partner and polls suggest most voters are supportive. Besides, a no vote would leave it no worse off.

An EU flag flies beside Switzerland's national flag near the German-Swiss border in Rheinfelden, Germany, March 11, 2019.

The European Commission won’t extend the equivalence regime that lets EU investors trade on Swiss bourses and vice versa beyond July 1, a European Union diplomat told Reuters on June 21. The Swiss government said on June 24 it would retaliate by blocking EU exchanges from trading Swiss shares.

The commission's move follows Bern's decision, after five years of talks, not to endorse a draft framework agreement aimed at simplifying over 120 bilateral treaties and deals that govern relationships between Switzerland and the EU. Under the Swiss direct democracy system, such a deal would likely have to be put to a popular referendum.

There is no formal deadline to conclude talks. However, EU member states said in February the draft deal is a precondition to all future agreements on Swiss participation in the EU’s internal market.

A survey carried out by research institute gfs.bern in March 2019 showed that 60% of Swiss citizens polled would back the framework agreement with the EU in a referendum. A May survey among Swiss companies showed that three quarters supported the deal.