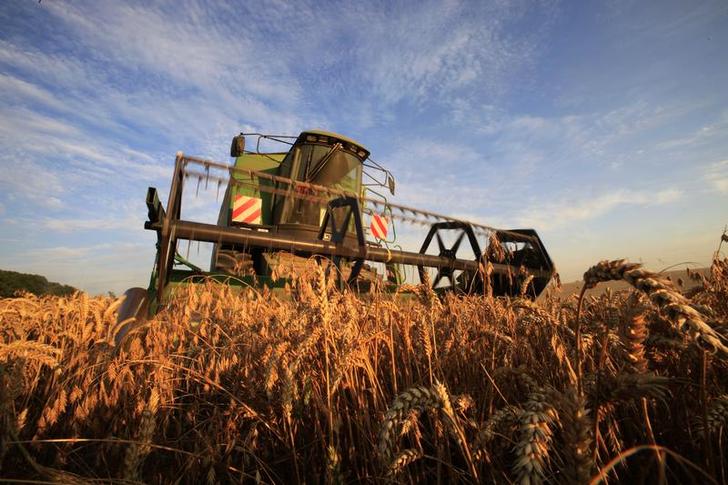 Tax-driven M&A keeps blossoming. Shares in Syngenta, the $34 billion Swiss agrochemical firm, leapt on a report of an abortive approach from Monsanto. That follows similar U.S. tilts at overseas targets offering tax advantages, in sectors as diverse as healthcare, semiconductors, advertising and bananas. Even if no deal emerges, the bid interest will pressure Syngenta to better tend to its own garden.

Tax may not be the only reason for Monsanto’s interest, but the benefits of an “inversion” to Switzerland could be substantial. Syngenta had an effective tax rate of just 15 percent last year, compared to Monsanto’s 27 percent. It’s not clear if Monsanto could also pay using overseas cash. But there would be other benefits. Cost savings could come from cutting research – this is a technology-heavy sector – and sales staff.

Against that fertile backdrop, there are a few weeds. U.S. politicians are already jumpy at the rapid spread of these tax-driven departures. There could be a cultural mismatch between Syngenta and the hardnosed Monsanto. And there would be a big antitrust problem. The group would have more than 40 percent of the U.S. seed market. There would be likely buyers for some of this business, such as Bayer or BASF, but regulatory approval and disposals could take time.

Monsanto’s interest validates Syngenta’s model, under which it sells both seeds and also pesticides and herbicides. Syngenta is the global leader in crop protection, and is trying to catch up with Monsanto in the faster-growing seeds business. But it is also a spur to action. As with AstraZeneca’s defence against Pfizer, the attention of a U.S. predator forces management to prove they can create more value alone than through a takeout at a premium.

While Monsanto has returned investors 20 percent over the last year, according to Datastream, Syngenta has returned a negative 5 percent. It fetches 16 times forward earnings against Monsanto’s 20 times. Chief Executive Mike Mack already plans $1 billion of cost cuts, but will need to do more. After all, agribusiness investors are likely to be sceptics about “organic growth.”

A farmer harvests a field of wheat in Hirson, northern France, August 6 2009.

Monsanto, the world’s largest seed company, recently explored a takeover of Swiss group Syngenta, Bloomberg News reported on June 23, citing people familiar with the matter. Discussions are now over, according to Bloomberg.

The discussions follow several attempts by U.S. corporations to buy rivals in lower-tax jurisdictions, such as Pfizer’s pursuit of British drugmaker AstraZeneca, and AbbVie’s recent informal offer for Shire, another pharmaceutical group.

A Syngenta spokesman told Reuters he declined to comment on the talks.