The wages of socialism 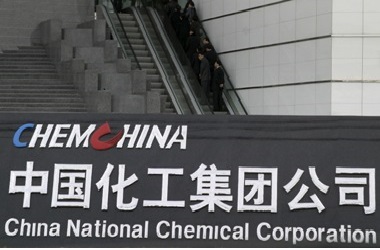 ChemChina’s $43 bln cash takeover of the Swiss seed maker won’t involve job cuts, management sackings or cheeky tax reduction. Great for Syngenta shareholders and employees; not so for the buyer. Fortunately, the cost is spread widely – among China’s unwitting savers.

ChemChina’s offer is entirely in cash, in contrast with an earlier offer from U.S. agricultural products company Monsanto, which Syngenta rebuffed and which valued the company at 470 Swiss francs a share, made up partly in stock.

ChemChina plans to retain Syngenta’s headquarters in Switzerland and keep on the existing management to run the company. Four of Syngenta’s existing board members will take up seats on a new board, headed by ChemChina’s chairman, Ren Jianxin.

The companies said they had “minimal overlap”, and added that the deal would possibly close by the end of 2016.