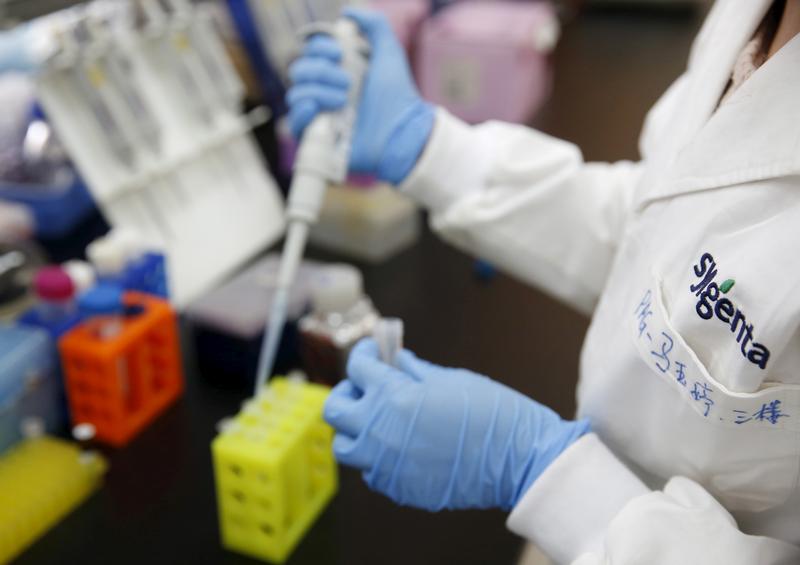 Investors have swung from despair to optimism over the agribusiness giant’s $43 bln sale. The implied probability of ChemChina’s bid for Syngenta succeeding has leapt from 10 pct to over 60 pct in a few short weeks. Beijing’s involvement means extra complexity for arbitrageurs.

A researcher uses a pipette to develop assay to detect specific gene of corn at a lab in Syngenta Biotech Center in Beijing, China, February 19, 2016. REUTERS/Kim Kyung-Hoon/File Photo - RTX2MIIW

China National Chemical Corp, or ChemChina, said on Jan. 20 it has sought the U.S. antitrust regulator's approval for its planned $43 billion acquisition of Swiss pesticides and seeds group Syngenta.

Syngenta said both sides "remain fully committed to the transaction and are confident of its closure." The deal has already won several regulatory approvals, including from a U.S. national security panel and Australia's competition watchdog.

Earlier in January, the companies proposed minor concessions to the European Commission's competition watchdog. One person close to the deal told Reuters that overall divestments would be worth less than $500 million. The EC has extended the deal review to April 12.

Shares in Syngenta closed at 429 Swiss francs, or about $429, on Jan. 25. That compares with an offer price of $465 a share plus around $3.25 per share in dividends. Against an undisturbed price of around $332 per share plus a potential $3 billion reverse break fee worth nearly $33 a share more, that implies a 62 percent chance of the deal closing, Breakingviews calculates.

In November the shares traded as low as 375 francs, implying the deal had a less than 10 percent chance of closing