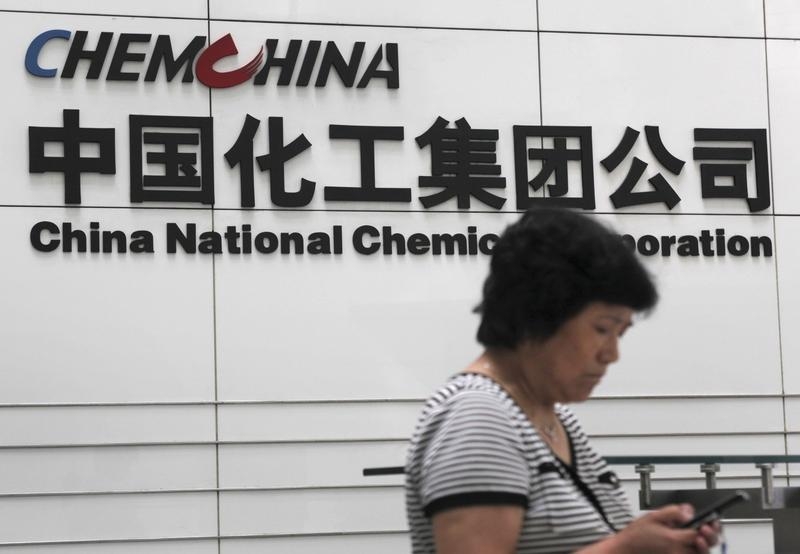 Talk of a state-ordered merger rattled shareholders of the Swiss agribusiness group, which has accepted a $43 bln takeover by ChemChina. But food security is crucial for Beijing and there are few comparable targets available. A failed deal would be a big embarrassment too.

A woman checks her phone at the headquarters of China National Chemical Corporation in Beijing, July 20, 2009. REUTERS/Stringer/File Photo CHINA OUT. NO COMMERCIAL OR EDITORIAL SALES IN CHINA - RTSS6MF

Sinochem Group and ChemChina are in discussions about merging to create a chemicals, fertiliser and oil giant with almost $100 billion in annual sales, Reuters reported on Oct. 14, citing three sources familiar with the matter.

The merger was proposed by Beijing as it seeks to slash the number of state-owned enterprises and create larger, more competitive global players, the sources said.

In July, Chinese state media said the government would cut the number of central-government owned SOEs to no more than 100 by year-end, down from 106.