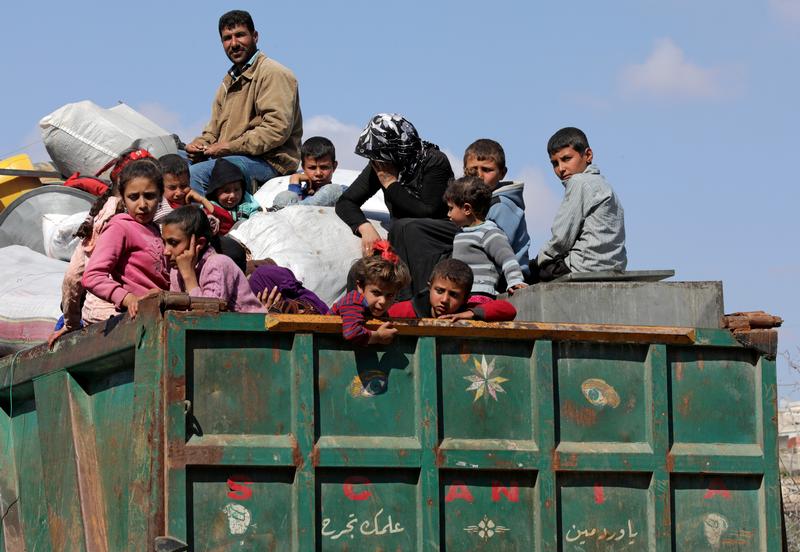 President Tayyip Erdogan hopes attacking Kurdish militia will enable him to send Syrian refugees home and launch a $27 billion construction drive. A severe humanitarian fallout could lead to tougher U.S. reprisals. But if Turkey can avoid these it would help its battered economy.

A family sits on a truck with their belongings in north-east Afrin, Syria March 13, 2018.

Ankara has long wanted to create a “buffer zone” in the area where it can begin to send some of the 3.6 million Syrians who have fled to Turkey because of the civil war. President Tayyip Erdogan has set out ambitious proposals to build dozens of new villages and towns to settle Syrian refugees.

State broadcaster TRT estimated the cost of his plans for northeast Syria would be 151 billion lira ($27 billion).