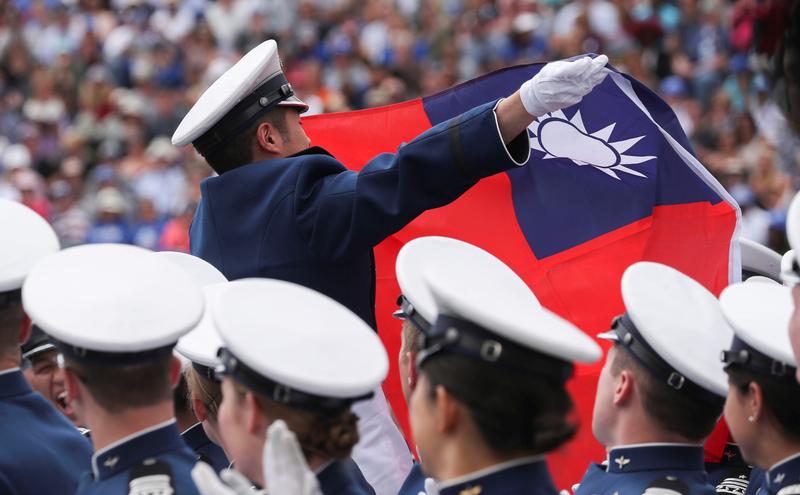 A $2.2 bln arms deal has led to hints of Beijing retaliating against Honeywell and others. Companies have long been caught in geopolitical crossfire, but U.S. assaults on Chinese tech firms suggest both sides could deploy such weapons more often. Boards should prepare for battle.

A graduate waves the Republic of China flag from Taiwan in the crowd during commencement ceremonies at the U.S. Air Force Academy in Colorado Springs, Colorado, U.S., May 30, 2019.

China’s government and companies will cut business ties with American firms selling arms to Taiwan, China’s foreign ministry said on July 15. The decision follows a Pentagon statement that the State Department had approved the sale of about $2.2 billion worth of tanks, missiles and related equipment to the island.

People’s Daily, a mouthpiece of the ruling Chinese Communist Party, posted an article on its WeChat account on July 14 identifying U.S. companies that may be vulnerable to sanctions, including Honeywell International and Gulfstream Aerospace, Reuters reported.

Honeywell said in a statement that the transaction was a “government-to-government sale, initiated by the United States government”. It added that the company “has no input into these agreements and has had no direct dealings with Taiwan. We are a component provider and do not decide where the products are used. We see no reason why Honeywell would be potentially sanctioned by the Chinese government.”