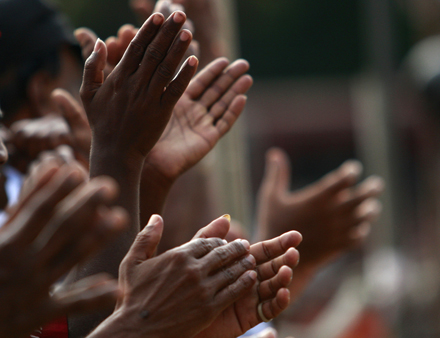 Taiwan’s economy should be the winner if the ruling party clinches this weekend’s presidential and legislative elections. A big issue is how fast the island should build trade and financial ties with China. President Ma Ying-jeou wants to go full steam ahead; the opposition would ease the pace. But growth is the more immediate issue. Ma’s party, the Kuomintang, is more likely than his rivals to give Taiwan’s flagging economy the jolt of fiscal stimulus it needs.

Links with China have grown under Ma, though democratically governed Taiwan still rejects its neighbour’s claim to sovereignty over the island. The opposition Democratic Progressive Party doesn’t endorse a one-China policy, but is unlikely to roll back ties. Its candidate, Tsai Ing-wen, has nonetheless tapped voter fears that opening to China has helped the rich but hurt the poor.

Ma’s economic record is mixed. He deserves credit for passing a $5.6 billion spending plan to offset the global financial crisis and for sealing a landmark deal in 2010 that eases trade and investment barriers with China. But he has failed to reduce Taiwan’s dependence on exports.

Now, Taiwan’s vital electronics exports are succumbing to slowing global demand. Interest rates are already so low – 1.9 percent – that cutting them would do little to boost investment. The most expedient remedy is to spend on infrastructure and domestic services. That’s more likely under Ma’s party. In the past, DPP governments have proved more fiscally conservative than the Kuomintang. Tsai has vowed to create jobs but also cut government debt in half – equivalent to 17 percent of GDP – in just four years.

Taiwan can afford some stimulus. Despite a perennial budget deficit, its debt is below 40 percent of GDP and it borrows more cheaply than the United States. It can’t afford, though, to stagnate. The worst outcome would be that Ma wins, but the coalition through which he controls the legislature loses its majority. Ma has only a slim edge in polls, maybe because of Tsai’s populist inequality agenda. If that costs Ma a decisive victory, Taiwan’s economy faces a tough four years.

Taiwan’s citizens will go to the polls on Jan. 14 to choose their next president and to determine the composition of the Legislative Yuan.
President Ma Ying-jeou, who is seeking re-election, holds a slim lead in opinion polls. His main rival is Tsai Ing-wen of the opposition Democratic Progressive Party. The leading third-party candidate is James Soong of the People First Party.
Ma has campaigned on a platform of stability and continued economic rapprochement with China, while Tsai has adopted a stance that seeks to engage China while preserving Taiwan’s differences.
Polls also indicate that Ma’s ruling Kuomintang and its Pan-Blue coalition may reduce its majority in the Legislative Yuan.
Taiwan’s exports grew 0.6 percent in December compared with the same month a year ago, their slowest pace in over two years, as shipments to China and Europe fell. Information and communications technology exports, one of the mainstays of Taiwan’s economy, shrank from November.