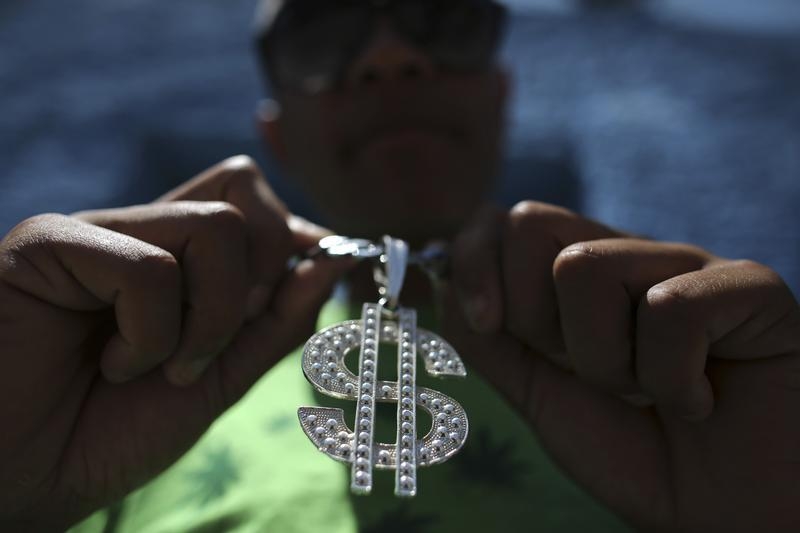 President-elect Donald Trump wants to boost growth by cutting corporate taxes, but also shrink the U.S. import-export gap. Now he says the currency is so robust it hurts competition with China. Reconciling it all will be hard without a trade war or a full assault on the Fed.

Paulino poses as he holds a pendant in the shape of a dollar sign, which hangs from a chain, on a street in Itu, Sao Paulo state, October 29, 2014.

The U.S. dollar is already "too strong", in part because China holds down its currency, President-elect Donald Trump said in an interview with the Wall Street Journal published on Jan. 17.

"Our companies can't compete with (China) now because our currency is too strong. And it's killing us," Trump said.

A senior adviser to Trump warned about the risks of a stronger dollar at the World Economic Forum on Jan. 17, saying it could make it more difficult for the president-elect to deliver on his promise to revitalize the U.S. economy.

"We need to be careful about the rising currency, not just because of what is going on internationally but it will have an impact internally to the United States as well," Anthony Scaramucci, who will become a White House adviser and public liaison to government agencies, said in Davos.

A broad-based index of the U.S. dollar's strength fell as low as 100.33 on Jan. 17. The index had risen from around 97 before Trump's election in November, to more than 103 at the end of December.