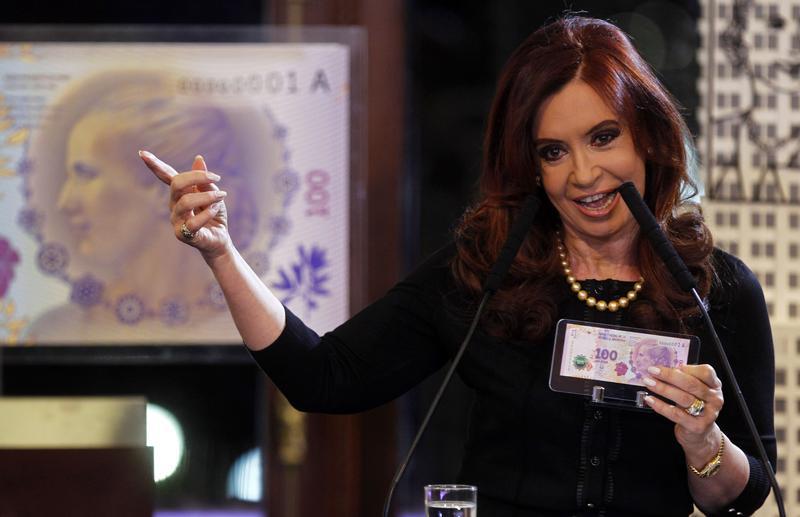 Handing $1.5 bln to leading holdouts from last decade’s restructuring is one thing, but repaying all remaining old bondholders could cost half Argentina’s $29 bln official reserves and upset creditors who took a haircut. Paying in bonds may help, but there’s limited wiggle room.

Argentina placed advertisements in U.S. newspapers including the Wall Street Journal and the New York Times on June 21, setting out its case against fully repaying holdout creditors from its debt restructurings in 2005 and 2010.

On June 16, the U.S. Supreme Court declined to hear Argentina’s appeal against hedge funds led by Elliott Management which refused to take part in the restructurings. By 2010, holders of 92 percent of outstanding bonds had accepted big writedowns of principal and took new bonds.

A $900 million payment on the restructured debt is due on June 30. The holdout creditors have obtained a stay banning payment of this amount unless their $1.5 billion in principal and interest is paid at the same time.