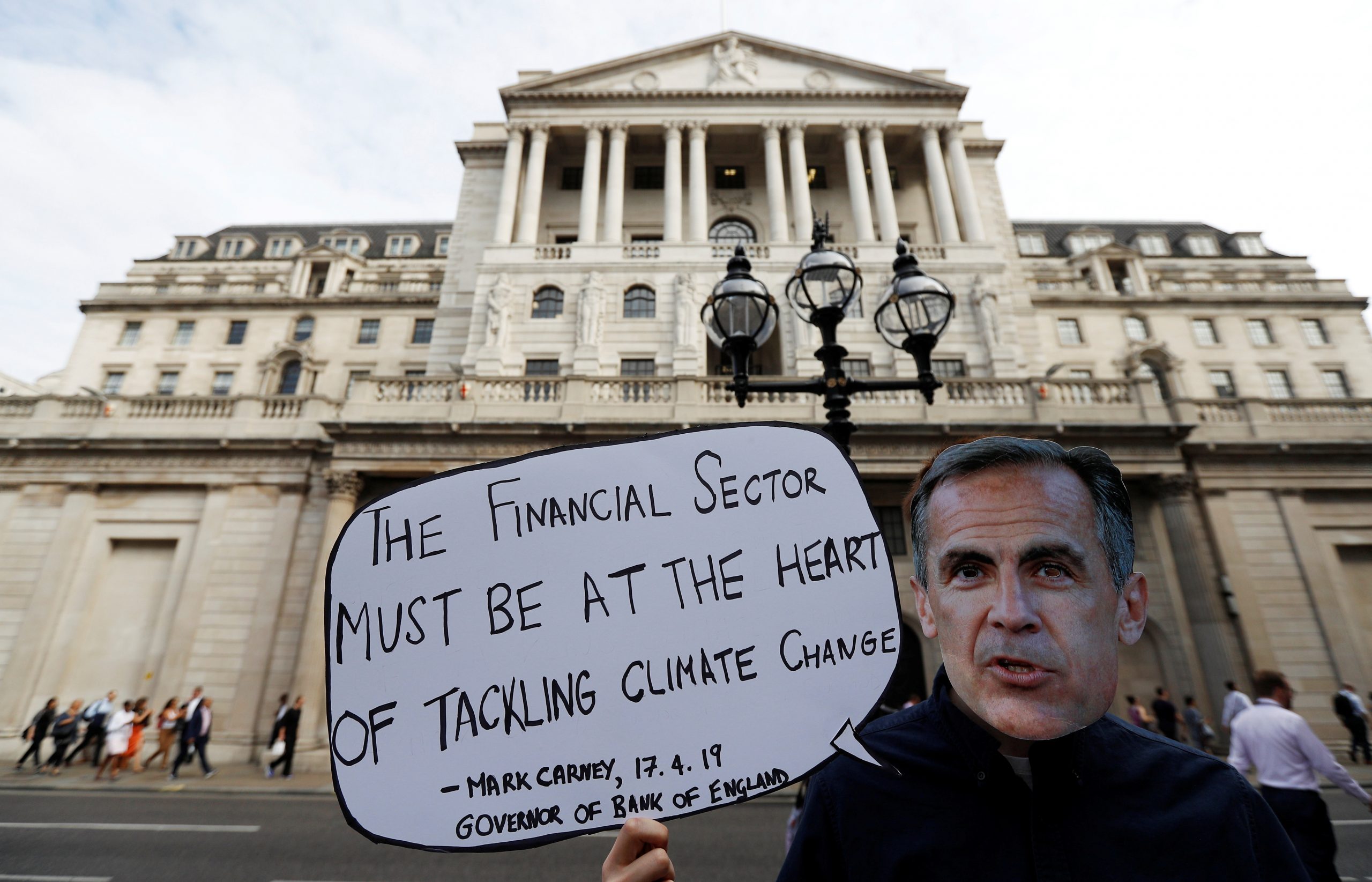 Environmental and banking system protestor wears a mask of Governor of the Bank of England, Mark Carney as they demonstrate outside the Bank of England demanding that the bank rule out investment in high-carbon sectors in London, Britain July 11, 2019.

TCI, the activist hedge fund run by Christopher Hohn, is planning to punish directors of companies that fail to disclose their carbon dioxide emissions, the Financial Times reported on Dec. 1.

TCI has warned Airbus, Moody’s, Charter Communications and other companies to improve their pollution disclosure or risk the activist voting against their directors, the FT reported, citing letters sent by the fund. TCI also called for asset owners to fire fund managers that did not insist on climate transparency.