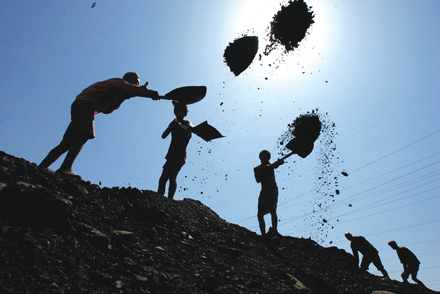 The Children’s Investment Fund (TCI) hasn’t lost its appetite for activism in emerging markets. The London-based hedge fund is threatening to sue directors of state-backed Coal India, saying they are supine to government meddling. Taking on the world’s largest coal miner is a long shot. But TCI has little to lose and even partial success could pay off.

New Delhi raised $3.5 billion by floating 10 percent of Coal India in 2010. It still owns the rest of the group, capitalised at $43.5 billion. TCI has 1 percent stake.

The hedge fund says Coal India isn’t being run for the benefit of all shareholders. Rather than pursue a commercial strategy, the company is, TCI claims, selling its output at around 70 percent less than the market. Coal India’s operating performance would seem to back that up. The company makes $8.3 of EBITDA per tonne of coal produced, compared to $26.9 at Indonesia’s Bumi or $45.7 at China’s Shenhua, according to Nomura research. Even allowing for the lower quality of Indian coal, profits could be much higher.

The law is as favourable as the economics. A ruling by India’s Supreme Court in 2000 made clear that the government was forbidden from interfering in a firm’s right to independently set prices. TCI suggests that is precisely what is happening, with no push back from the board. Coal India has yet to offer any rebuttal.

But the battle may not be so straightforward. TCI stands to upset many big firms that would lose out if the price of Indian coal were to rise – including the four largest power producers, Tata Power, Reliance Power, JSW Energy and Adani. They would no doubt pass on their cost to the state-run electricity boards, who act as intermediaries, and ultimately the consumer may pay.

Right-pricing coal may require a painful transition. Still, it would ensure more efficient distribution of resources. And the increase in dividend revenue from Coal India could fund interim subsidies to users that deserved to be weaned off cheap energy gradually.

As for TCI, it could add serious value to its $400 million investment. The biggest beneficiary, though, would be the Indian economy.

The Children’s Investment Fund (TCI) has written to the directors of Coal India, the world’s largest coal miner, threatening legal action for not protecting minority shareholder interests, Reuters reported on March 13.
The London-based fund manager is Coal India’s largest outside shareholder, with a stake of 1.01 percent stake. The government owns 90 percent.

The Children’s Investment Fund (TCI) has written to the directors of Coal India, the world’s largest coal miner, threatening legal action for not protecting minority shareholder interests, Reuters reported on March 13.
The London-based fund manager is Coal India’s largest outside shareholder, with a stake of 1.01 percent stake. The government owns 90 percent.