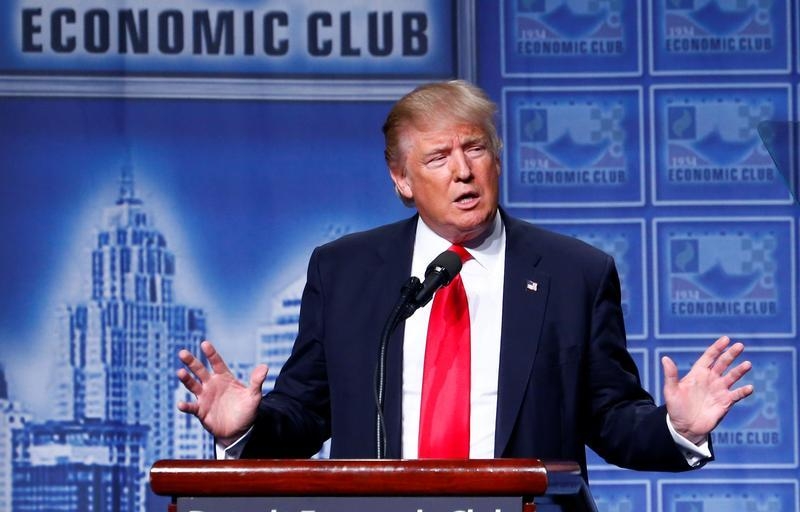 Donald Trump’s newly assembled group of economic advisers is like a game of six degrees of legal separation. Many of the rich businessmen advising the Republican presidential nominee are named Steve and have made generous donations to his campaign. They also are linked to his past legal battles, illustrating certain troubling aspects of his leadership style.

The New York real-estate mogul isn’t shy about going to court with his grievances and is frequently sued himself. In New York state’s Supreme Court alone, Trump and his companies have been named as defendants or plaintiffs in some 1,200 lawsuits over the past 25 years.

Members of Trump’s inner circle were among those dragged into legal battles over casino bankruptcies and other property ventures. For example, Dune Capital, a firm run by Steve Mnuchin, now Trump’s campaign finance chair, was a creditor in a 2008 fight over a $640 million loan for Trump International Hotel and Tower in Chicago. Trump said he couldn’t repay them in time because of the financial crisis. The parties eventually settled.

Another long-running lawsuit involved Trump Entertainment Resorts. In 2009, Trump successfully fought an effort by Andy Beal of Beal Bank and billionaire investor Carl Icahn to buy the business. Beal is now an adviser and Trump has touted Icahn for Treasury secretary.

Some of the added consultants have been by his side in the courtroom. Trump, along with Cerberus Capital and Vornado Realty – respectively run by campaign consiglieri Stephen Feinberg and Steven Roth – were named as co-defendants over the 2003 auction for New York’s General Motors building. Leslie Dick Worldwide sued the group, claiming they rigged the sale.

These tales give Team Trump a hint of “Team of Rivals,” the name used by historian Doris Kearns Goodwin to describe Abraham Lincoln’s assemblage of opponents in his cabinet. Trump has shown he is willing to work with adversaries if it’s in his best interest.

The 13 economic aides, however, are more significantly reflective of Trump’s litigious and mercurial nature. Just last month, he sued a former campaign staffer for $10 million for allegedly breaching a confidentiality agreement. Trump is falling behind in polls and saying the election will be rigged. Thus end any thoughts of Lincoln.

Trump outlined his economic plan on Aug. 8, a blueprint that includes cutting both individual and corporate tax rates. He also called for a halt on all new federal regulations, rolling back certain environmental rules and making all childcare expenses tax-deductible.

Democratic presidential nominee Hillary Clinton is scheduled to provide details of her economic proposal on Aug. 11.

Trump outlined his economic plan on Aug. 8, a blueprint that includes cutting both individual and corporate tax rates. He also called for a halt on all new federal regulations, rolling back certain environmental rules and making all childcare expenses tax-deductible.

Democratic presidential nominee Hillary Clinton is scheduled to provide details of her economic proposal on Aug. 11.