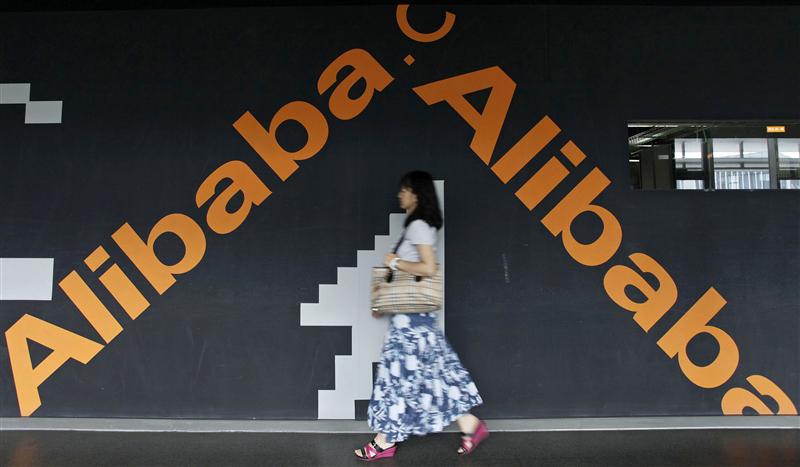 The biggest threat to Chinese banks’ cozy oligopoly may be in the palm of your hand. Online groups Alibaba and Tencent are making incursions into the country’s financial services market, providing an alternative to the capped deposit rates and sluggish service offered by the country’s big lenders. The disruptors are taking on risks, and savers should be glad.

Alibaba, the e-commerce group that just bought a 51 percent stake in asset manager Tianhong for $193 million, is the banks’ main foe. By July it had made over $16 billion in short-term loans to companies who sell goods on its sites. Its real-time records of borrowers’ cashflows and counterparties aid lending decisions.

Banks’ deposits are also under threat. WeChat, the mobile chat app that clocked up over 300 million users within two years of being launched by gaming group Tencent, is working on distributing wealth products via smartphones, and offering payment for fund managers, according to Chinese media. Alibaba lets users reinvest surplus balances in their online payment accounts into money market funds. That gives savers a better return than the 3 percent capped rate they get on bank deposits.

Tech companies’ desire to disrupt the financial services sector is understandable. China’s big banks make returns on equity in excess of 20 percent. Regulators are basically supportive, unlike their counterparts in the West. The big four banks may have 66,000 branches, but younger consumers prefer the convenience of ubiquitous smartphones and always-on networks.

For the likes of Alibaba and Tencent, more digital channels for lending and saving could sow further confusion. China lacks clarity over who’s on the hook if a product or lender fails. Consumers don’t always appreciate the difference between a deposit and an investment, even if it’s there in the small print.

That creates the risk that a tech company could find itself obliged to make good any losses on a product it distributed. The other danger is that the banks, whose bosses are basically politicians, may use their powerful contacts to crush the new competition. But the genie is out of the bottle: consumers now have a choice about where they put their funds. Even if Alibaba and Tencent’s financial plans fail, the industry will have to raise its game.

Outside the headquarters of Alibaba (China) Technology Co. on the outskirts of Hangzhou (Reuters)

Alibaba Group’s online payment affiliate is taking a 51 percent stake in a financial services company, Tianhong Asset Management, for 1.2 billion yuan ($193 million), the company’s shareholder announced on Oct. 10. The investment was made through Zhejiang Alibaba E-Commerce, the parent of online payment division Alipay.
Alipay and Tianhong already run a platform called “Yu E Bao” which allows users of Alibaba’s payment system to invest their surplus balances into money market funds. In its first 18 days, the fund attracted over $1 billion, according to Tianhong. Alibaba also offers loans to small businesses through its platforms.
Tencent, a Chinese gaming and e-commerce company, has applied for a private banking licence, and is preparing to partner with fund management firms, according to Chinese media. Alibaba has also applied for an online banking licence, according to the China Business Journal.