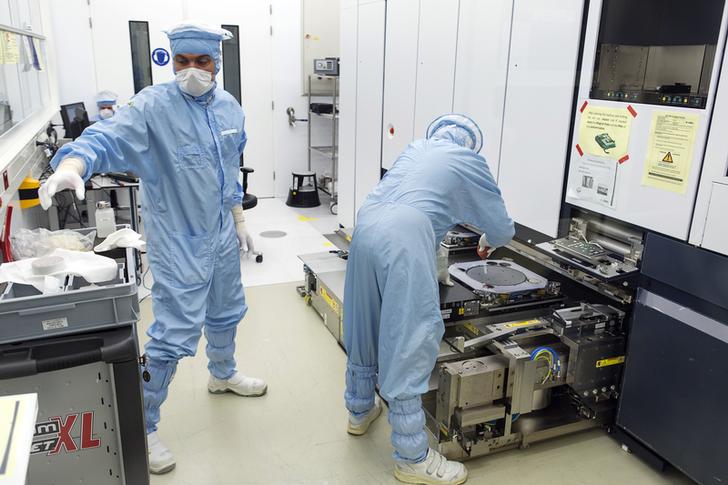 ASML Holding’s lower guidance bears the imprint of wider tech-sector angst. The Dutch maker of machines that etch patterns on silicon chips said on Oct. 14 that its fourth-quarter revenue would be 10 percent below its previous estimate. That reflects weaker demand from big customers, which include Intel, Samsung and Taiwan Semiconductor Manufacturing Company.

For the ASML investment case, however, this looks like a temporary buffering problem of the sort that frustrate PC users.

Investment in production capacity has dropped in the face of an economic slowdown in China and the global electronics industry. Gartner research reckons the industry’s 2015 annual capital spend will fall 1.1 percent to $63.9 billion. Three months ago, Gartner was pencilling in a 2.5 percent year-on-year rise.

Intel is one of those that has cut back. But Intel also said on Oct. 13 that it will increase capital spending next year and that the PC market is stabilising. True, ASML now expects to ship just three rather than five of its newest, trial-phase machines this year. But the development of the brand new extreme ultra-violet (EUV) technology behind these models appears on track.

EUV tools facilitate the manufacturing of microscopically small chip designs, with the distance between components about the width of eight strands of human DNA. Microchips produced by machines now being shipped by ASML can manufacture chips with layouts 43 percent less intricate. These also require multiple etchings to sketch one layer of circuitry on a silicon chip. EUV machines need just one exposure, reducing the risk of inaccuracy. The result is chips with more efficiency or processing ability.

The smooth evolution of these next-generation machines is assumed in ASML’s heady valuation. The 33 billion euro market cap company trades at a forward price-to-earnings multiple of 20.5 times, only trumped by ARM Holdings among European tech-sector peers. ASML’s latest quarter indicates that it may have to wait a tad longer before EUV machines are used commercially. But with shares down around 4 percent in morning trading on Oct. 14, and 16 percent this year, the disappointment is priced in.

ASML employees test a TwinScan at the ASML factory in Veldhoven January 17, 2013.

Shares in ASML Holding fell as much as 7.4 percent on Oct. 14 as the world’s largest market of semiconductor production equipment pointed to lower revenue in the final three months of the year.