Russian for the exit 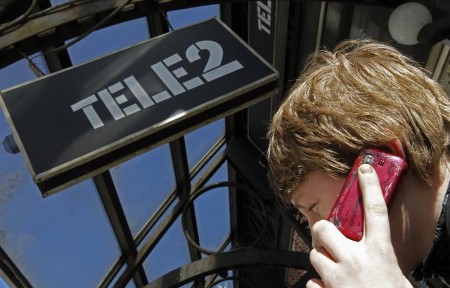 Tele2 is making a decent Russian exit, all considered. The Swedish telecom is selling its unit there for $3.55 billion to state-backed VTB. Attempts to gatecrash the Kremlin-blessed deal look forlorn. And life may get harder for Tele2’s bigger rivals.

At 4.9 times 2012 EBITDA, the VTB offer values the unit more highly than two of its three local peers, but without a big premium. Still, that looks richer when you consider how it was sidelined. Tele2 was deprived of new mobile spectrum vital for the coming explosion in data usage. The unit risked rapidly losing customers and revenue unless it could adapt existing frequencies. That is something authorities have yet to approve.

What is odder is VTB’s role as buyer. The bank insists this is purely a “private equity” deal. If so, it is elephantine for Russia: roughly three times the size of the country’s largest PE deal to date, Thomson Reuters data show.

Analysts suspect VTB might be holding the unit with a view to selling it later to Rostelecom, the state-backed company which is busy restructuring itself. The former fixed-line monopoly has recently acquired a new boss and a new Putin-linked shareholder. It is pushing into mobile, broadband and pay-TV. Both companies are stragglers. But allied or combined, and with official blessing, they could eventually pose a stronger challenge to the big three – Vimpelcom, MTS and MegaFon.

Tele2 would get half the profit if VTB flips the business within a year. Even without Rostelecom, VTB’s ownership might simply mean the standalone unit gets more sympathetic treatment. But it is leading to a big row. Eyeing synergies, Vimpelcom and MTS say they would pay up to $4.25 billion for the unit. Alternatively, A1, an investment vehicle for cash-flush Vimpelcom shareholder Mikhail Fridman, says it would pay a maximum $4 billion for the unit, or could even bid for all of Tele2.

Both VTB and Tele2 insist this deal is binding, while Tele2 effectively says this is the best realistic outcome. That sounds plausible. Tele2 must have sounded out Moscow about its options. A deal with MTS and Vimpelcom would make the sector less competitive, as would a mooted three-way carve-up.

On April 2 Tele2, the Nordic telecom operator, defended its decision to sell its Russian unit for $3.5 billion to VTB, the state-controlled bank.

A man talks on a telephone outside a branch of Nordic telecoms group Tele2 in St. Petersburg

On April 2 Tele2, the Nordic telecom operator, defended its decision to sell its Russian unit for $3.5 billion to VTB, the state-controlled bank.