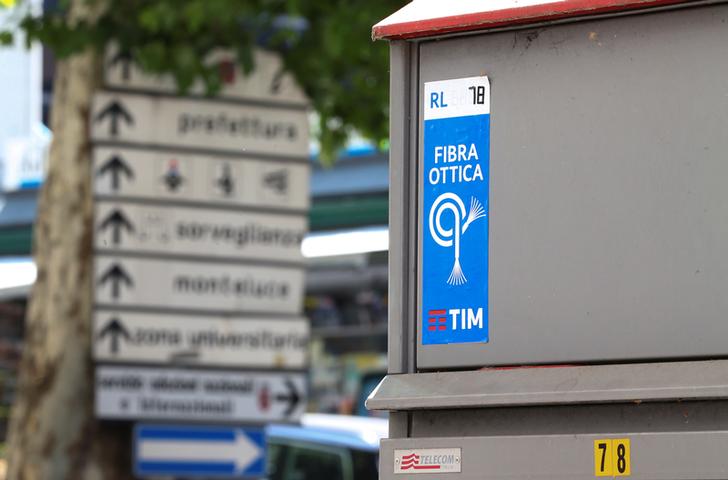 Selling a chunk of its grid to KKR for 1.8 bln euros should help the operator fund investment in faster connections. Other indebted European telcos may follow. But a messy merger with state-backed rival Open Fiber risks choking competition and stalling Italy’s broadband upgrade.

Telecom Italia’s board on Aug. 31 accepted a 1.8 billion euro offer from U.S. investment firm KKR for a 37.5% stake in FiberCop, which operates the Italian group’s last-mile network.

KKR’s offer gives FiberCop an enterprise value of approximately 7.7 billion euros, of which about 3 billion euros is debt. Swisscom-controlled Fastweb will swap its 20% of joint venture FlashFiber for a 4.5% stake in FiberCop.

Telecom Italia’s board also gave the green light to the signing of a letter of intent to merge FiberCop with rival Open Fiber, which is backed by state investor Cassa Depositi e Prestiti (CDP). The deal would create a single national broadband network, of which Telecom Italia would own at least 50.1%.

French media group Vivendi is Telecom Italia’s top shareholder with a 24% stake, followed by state investor CDP with 9% and U.S. investment fund Elliott Management with 7%. Open Fiber’s ownership is split between CDP and utility Enel, which in turn is 24%-owned by the Italian state.