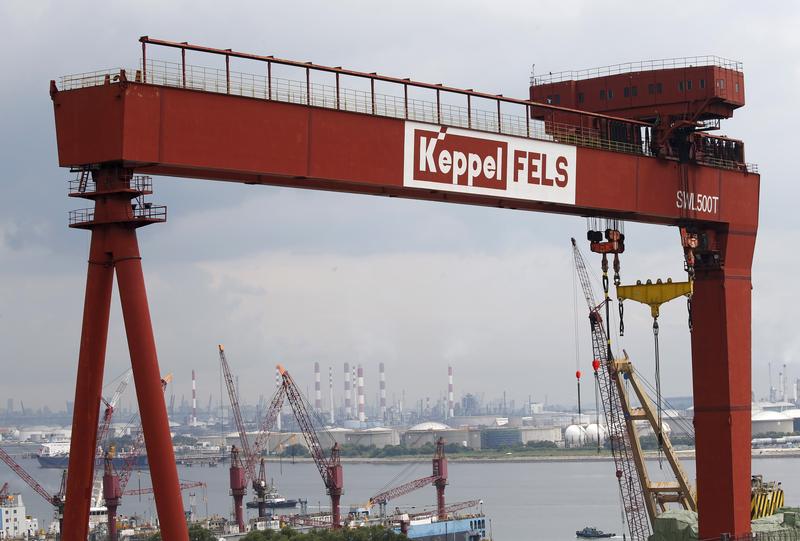 Singapore’s Temasek is asserting itself as a provider of patient rather than reckless capital. The sovereign investment vehicle has escaped a $3 billion deal to increase its stake in rig-builder-to-property conglomerate Keppel, citing a “material adverse change” clause. It draws a valuable line on how far the Asian city state is willing to bend as it bails out strategic sectors amid the pandemic.

Temasek already provided a generous lifeline to Singapore Airlines earlier this year, challenging the notion that it manages investments on a commercial basis. Although the offshore and marine business is also important to the economy, Temasek would have looked foolish to go through with the unsolicited offer as sketched out in October. The state investor was set to pay S$7.35 per share to lift its stake in Keppel to over 50%, over a third more than the target’s price on Monday before it opted for an exit.

Protections that were built into the conditional deal have proved valuable. A fall in global oil demand has heaped extra pain onto Keppel. Its second quarter net loss fell far below a minimum profit level required by the buyer. Shares of the conglomerate plunged 11% to S$4.80 on Tuesday after Temasek invoked the MAC clause.

Owning a controlling stake in Keppel would have helped Temasek steer some much-needed consolidation in the sector. The fund stepped up in June to back a $1.5 billion rights issue by rival Sembcorp Marine, in which it also owns a stake, potentially paving the way for a merger with the conglomerate’s rig-building business. But crystallising a high valuation for Keppel would have made it harder to negotiate a deal, which would require approval from minority shareholders on both sides.

Singapore’s offshore and marine sector can get its fix in other, less value destructive, ways. One option would be for Keppel to spin off the loss-making subsidiary that is dragging down the rest of the company. That would make it easier for a buyer like Sembcorp to directly snap up the unit. Temasek’s decision to jump ship is something to applaud.

Singaporean state fund Temasek said on August 10 that it had decided to invoke the material adverse clause on its $3 billion conditional offer to raise its stake in Keppel, following the conglomerate’s second quarter net loss.

A view of a Keppel Corporation shipyard in Singapore January 19, 2016.

Singaporean state fund Temasek said on August 10 that it had decided to invoke the material adverse clause on its $3 billion conditional offer to raise its stake in Keppel, following the conglomerate’s second quarter net loss.