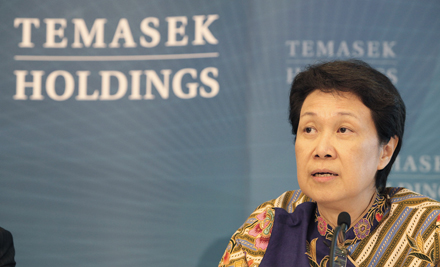 Temasek is turning into a financial chimera. Where that mythical beast was part lion, goat and serpent, the Singaporean fund combines aspects of a hedge fund, private equity house and investment bank. That combination sounds good for returns, though it might not sit well with Temasek’s political ties.

First, consider Temasek’s recent opportunistic actions. It sold $2.5 billion of shares in two China banks on May 3, just weeks after buying $2.3 billion of shares in another. Temasek reportedly flipped China Construction Bank shares for 20 percent more than it paid last November – which in turn was 20 percent below where the shares were trading when it sold in the previous July.

The fund has also shown a taste for private-equity style financial engineering. Temasek is kingmaker in a proposed $7.2 billion takeover of Indonesia’s Bank Danamon by Singaporean bank DBS, which would leave the fund with 40 percent of the combined group. Last year’s exchangeable bond, convertible into part of Temasek’s 18 percent stake in Standard Chartered, reflected more cleverness than necessity.

Finally, there are shades of an investment bank. Temasek has hired big-hitting bankers like UBS finance director John Cryan, whose influence may explain the change of gear. So too may its investment-bank-like pay, which leans heavily on performance. Temasek even claws back past bonuses when the fund fails to meet its internal hurdle rate, as happened in 2010.

This combination could be just what’s needed. Temasek’s return to the finance ministry, its sole shareholder, was below 5 percent in 2010, its last reported period – compared with a 20-year average of 15 percent. Without healthy returns, it’s hard to justify the $155 billion fund’s existence. Singapore already has a bigger sovereign piggy bank in the form of foreign reserve fund GIC.

But Temasek’s cleverness may have limits. The DBS and Danamon merger has already created a nationalist debate in Indonesia which Temasek’s role as a sovereign investor has only inflamed. Regulators are now proposing a cap on foreigners’ stakes in local banks. If Temasek does well, its fund managers will get the credit; flunk, and it’s politicians who will have to clean up.

Temasek, a Singaporean state investment fund, on May 3 sold $2.5 billion of shares in two Chinese banks as part of a reshuffling of its portfolio. After selling the shares in China Construction Bank and Bank of China, the fund was left with stakes of 7 percent and 1 percent respectively.
Temasek bought $2.3 billion of shares in China’s biggest lender, Industrial Commercial Bank of China, in April from U.S. investment bank Goldman Sachs.
DBS, a Singaporean bank in which Temasek owns a 29 percent stake, made an offer to buy the state fund’s 67 percent holding in Indonesia’s Bank Danamon on April 2. The offer values the whole of Danamon at $7.2 billion.
On April 27 the Indonesian central bank said it would issue new bank ownership rules in May before ruling on the deal.