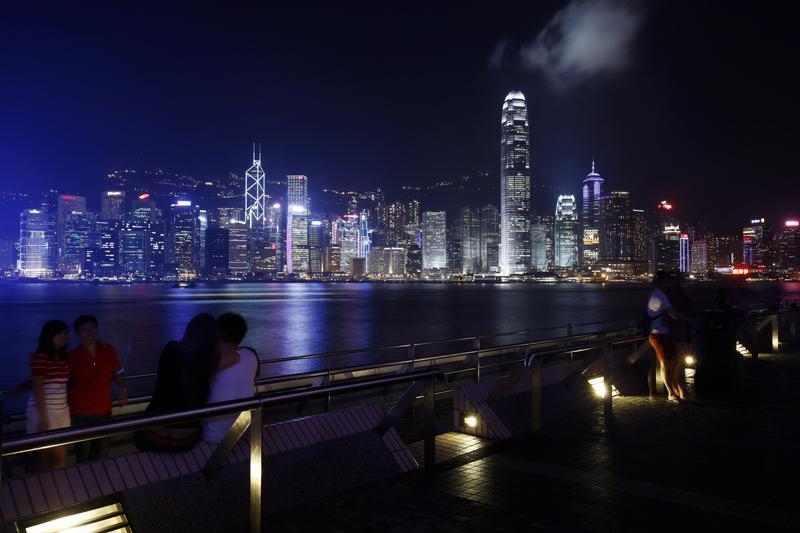 The tech giant is buying into Mascotte, an HK investment group mainly notable for a disastrous solar-materials acquisition. Financially, the $97 mln deal hardly matters for the $191 bln Tencent. But off-topic, unexplained moves like this should concern outside shareholders.

People rest along a waterfront at Hong Kong's Victoria Harbour facing the Hong Kong island side March 20, 2013. A study by the University of Hong Kong has revealed that Hong Kong has one of the worst light-pollution problems among cities around the world, with the night sky over urban areas was between 100 and more than 1,000 times brighter than the international dark sky standard, government radio reported on Tuesday. REUTERS/Bobby Yip

A subsidiary of Tencent, the Chinese tech conglomerate, will join with developer Evergrande to take a 75 percent stake in Mascotte Holdings, a Hong Kong-based holding company.

The companies plan to buy shares and warrants issued at a deep discount of 97 percent to the target’s last traded price. Mascotte’s shares have been suspended since June 9, having more than tripled between April 12 and May 8. The company said it knew of no reason for the increase.

Mascotte bought Sun Mass, a polycrystalline silicon maker, in March 2012 but later wrote the Taiwanese group’s operations down to zero on its books. Mascotte said it concluded that test results from Sun Materials, the company’s key unit, were fake.

Mascotte had convertible bonds outstanding with a principal amount of HK$700 million on February 11, it said in a filing, due for redemption at the end of 2015. The capital raising to Tencent and Evergrande would raise a maximum of HK$751 million ($97 million).

Tencent and Evergrande declined to comment. Telephones at Mascotte’s Hong Kong offices were unanswered on June 24.