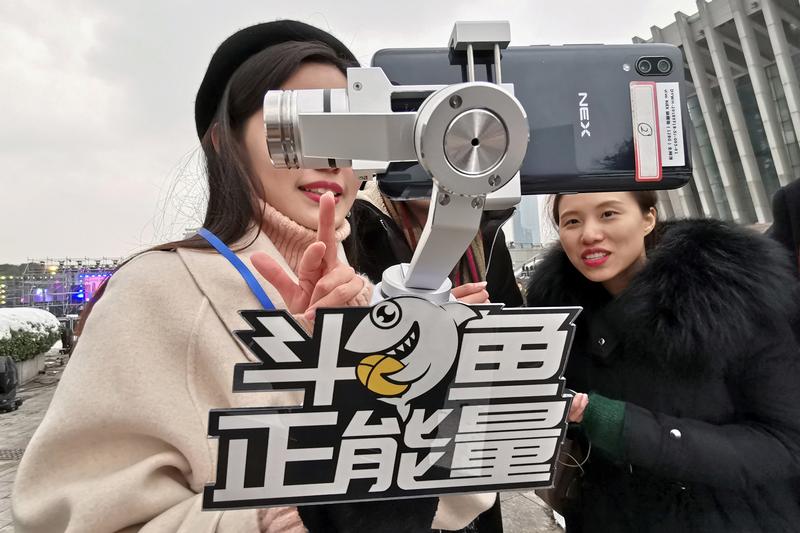 DouYu, which lets fans live-stream top video gamers, wants to raise $1 bln in a New York IPO. Competition for star players has crushed margins. Investors will bet backer Tencent, which also owns a stake in a rival, can limit the destruction and push for consolidation.

A girl broadcasts live from a phone as she holds a selfie stick with a sign of the live-streaming platform DouYu during an event celebrating the new year in Wuhan, Hubei province, China, December 31, 2018. Picture taken December 31, 2018.

The company will issue 44.9 million new shares at a price range of $11.50 to $14.00 each, according to an updated prospectus dated July 12. Existing shareholders will sell 22.5 million additional shares. DouYu is expected to price the stock on July 16.

The company had in May postponed the share sale, due to growing trade tensions between the United States and China, which led to global market sell-offs.

Revenue in the three months to March increased 123% year on year to 1.5 billion yuan ($219 million). The company reported earnings of 18.8 million yuan, compared to a net loss attributable to ordinary shareholders of 162 million yuan in the same period last year.

Video-games and social media company Tencent will hold a 37.2% stake in DouYu after the offering.