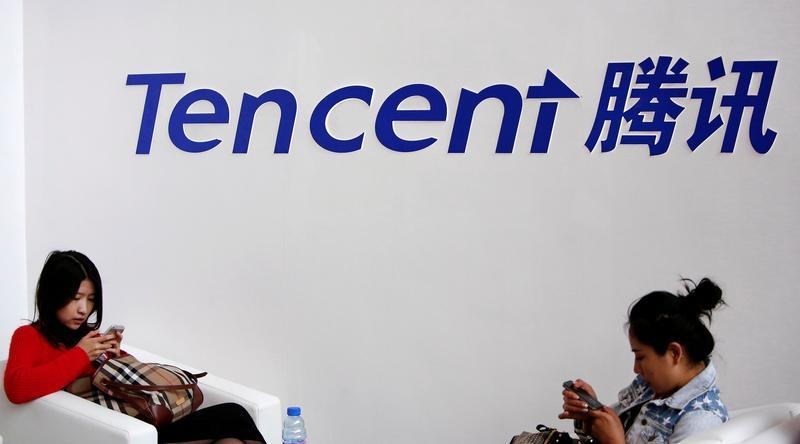 China’s firewall has allowed the country’s trio of web giants to thrive. But as Baidu, Alibaba, and Tencent battle it out for dominance, one looks much better than the rest. Yet Alibaba has lost some of its shine in recent months amid slowing growth and run-ins with Chinese and U.S. regulators. Ma’s unpredictable and aggressive deal-making, including investments in a soccer club, a smartphone maker, and a Hong Kong newspaper, has led to volatility in the share price which is now almost 20 percent below the 2014 peak.

The $60 billion Baidu has also stumbled. The company’s core search business has been hit hard by an advertising crackdown while investments in loss-making ventures like video and food delivery have squeezed margins.

Tencent, run by the more low-key Pony Ma, is under no such stress. The Hong Kong listed company’s shares are up over 32 percent this year. With a market capitalisation of more than $240 billion, the gaming company is as big as Alibaba.

Two factors explain the diverging fortunes. While Alibaba and Baidu are heavily dependent on e-commerce and advertising respectively, Tencent is more diversified.

Online games, a notoriously hit-driven industry, now account for less than half of revenue at Tencent. The company has grown more stable income streams by selling advertising, music, and even video subscriptions, through WeChat, the company’s popular messaging platform with over 800 million monthly active users. As a result, adjusted EBITDA margins are holding steady at around 50 percent.

Tencent has also remained focused. Acquisitions, such as that of Finnish mobile games maker Supercell, have obvious ties with the existing business. And when Tencent invests in non-core areas, it limits itself to taking minority stakes – reducing the financial burden and the risk.

The tech company run by the other, more sensible Ma, is emerging as the king of China’s web giants.

Visitors use their smartphones underneath the logo of Tencent at the Global Mobile Internet Conference in Beijing May 6, 2014. REUTERS/Kim Kyung-Hoon/File Photo - RTX2LEAI

Chinese gaming and social media group Tencent on Aug. 17 reported revenue of 35.7 billion yuan ($5.38 billion) in the three months to June 30, an increase of 52 percent from the same period last year.

Online gaming revenue, which accounts for 48 percent of the total, increased 32 percent to 17.1 billion yuan in the quarter. Advertising revenue was more than 6.5 billion yuan – up 60 percent year on year.