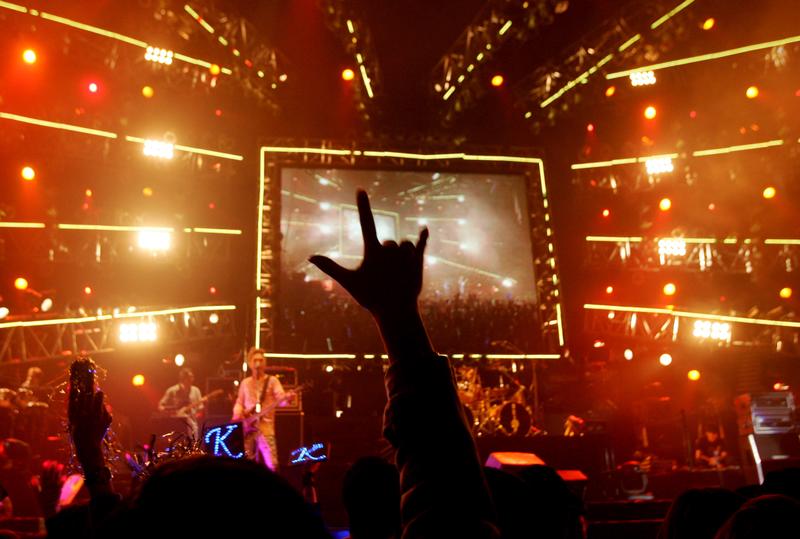 China’s gaming titan is floating its music-streaming arm at a valuation of up to $24.5 bln. Sales are up, and the unit has a novel, profitable business model. Still, its paying listener base is less than a third of its Swedish peer’s, making the huge premium hard to justify.

Fans of Hong Kong soul rock band "Beyond" gesture during their farewell concert in Hong Kong January 27, 2005. Beyond was founded in 1983. Most of the songs they played were classics from the band's golden years, from the 80's to the early 90's. Pictures of the month January 2005

Tencent Music Entertainment plans to raise up to $1.2 billion in a New York initial public offering, according to a Dec. 3 filing with the U.S. Securities Exchange Commission.

The top of the marketed price range implies a valuation of $24.5 billion.

The company originally planned to raise $2 billion in mid-October, but delayed the IPO on concerns the global stock market sell-off in the past few months would affect pricing, Reuters reported.