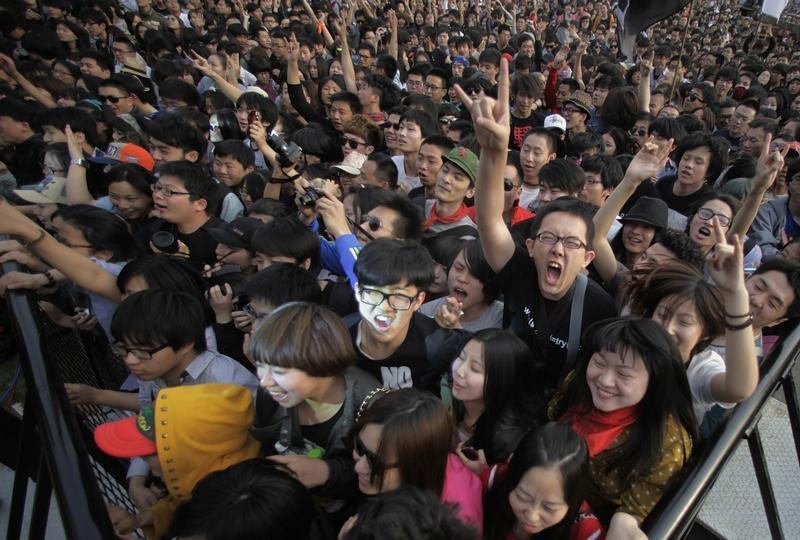 The web giant is merging its music-streaming service with a local rival to create a market leader worth $6 bln. It’s part of a costly and aggressive push into online content. But unlike its Western role model, Tencent lacks paying listeners. Profits look out of tune for now.

Rock fans yell and gesture during a performance at the 2012 Strawberry Music Festival at Tongzhou Canal Park in Beijing April 29, 2012. The festival will be held from April 29 to May 1. REUTERS/Barry Huang (CHINA - Tags: ENTERTAINMENT SOCIETY) - RTR31DSV

Tencent, China's leading gaming and social media group, said on July 15 that it would merge its QQ Music service with rival China Music Corporation. No financial details were disclosed.

After the merger, Tencent will have a 60 percent stake in the combined entity that is valued at $6 billion, according to someone familiar with the deal. The merger paves the way for an initial public offering for the new company, Tencent said.