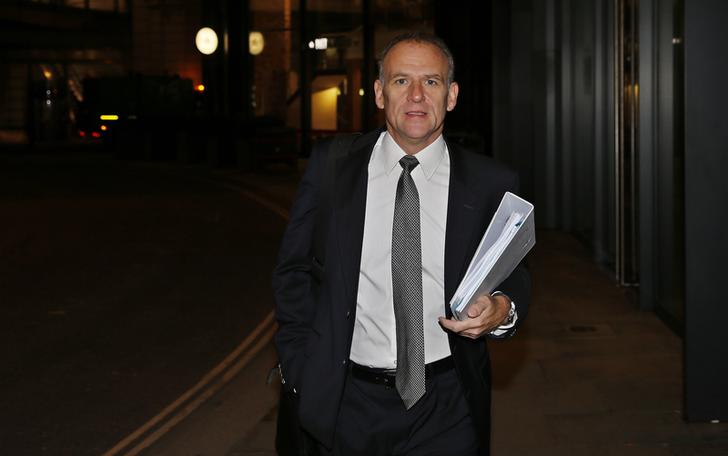 Tesco has let a golden opportunity go begging. The UK grocer could have built confidence in its future with a bold statement of strategy alongside a key set of half-year numbers. It could have taken the first steps to recovery. Yet Tesco appears as mired as ever.

The group has managed to draw a line under the accounting errors revealed in September, at least in terms of their financial impact. The resulting overstatement was nevertheless 13 million pounds above initial guidance of 250 million pounds. That Tesco turns out to have understated the overstatement is another dent to credibility. At least Chairman Richard Broadbent is demonstrating accountability and stepping down.

Still, there is no replacement for Broadbent just yet. And the investigation into the accounting issue has further exposed the depth of the failings in Tesco’s controls. The bad practices date back at least a couple of years.

The shares might have coped with all this if the underlying performance was stabilising, but it is deteriorating. A 3.7 percent fall in like-for-like sales in the core UK business during the first quarter worsened to 5.4 percent in the second quarter. Overseas, the picture is grim too. First half like-for-like sales were 4.1 percent lower in Asia, and down 1.8 percent in Europe. In South Korea, the drop was 6.8 percent in the second quarter alone.

As operating performance has suffered, so Tesco’s debt position has deteriorated – the net figure of 7.5 billion pounds is 500 million pounds higher than 12 months ago. As-yet unidentified shifts in the size of Tesco’s property liabilities, meanwhile, might add to the strains.

New Chief Executive Dave Lewis is undertaking a comprehensive review. He wants, he says, to be more competitive in the UK, to bolster the balance sheet, and to rebuild “trust and transparency” in the Tesco business and brand.

That is fine as far as it goes. But the absence of a commitment to simplifying Tesco and the failure to say he will bolster the balance sheet with asset sales is puzzling. So is the shortage of ideas for regaining competitiveness in the UK. Lewis may want to keep his options open and keep his competitors guessing about price cuts. But Tesco’s problems are plain to see. Decisive action cannot wait much longer.

Tesco said on Oct. 23 that erroneous interim profit guidance given in August was misstated by 263 million pounds, having warned in September the forecast was around 250 million pounds out.

The UK-based supermarket said the mis-statement related to accounting policies dating from previous financial years as well as the current one.

Chairman Richard Broadbent said he would step down when a successor was appointed.

Group trading profit, which adjusts for property and other charges, fell 41 percent to 937 million pounds in the six months to Aug. 23, compared to 1.59 billion pounds in 2013.

Total sales fell 4.4 percent to 34 billion pounds in the half year.

Like-for-like sales in the company’s core UK market, including sales taxes but excluding revenue from fuel, fell 5.4 percent in the second quarter of the year.