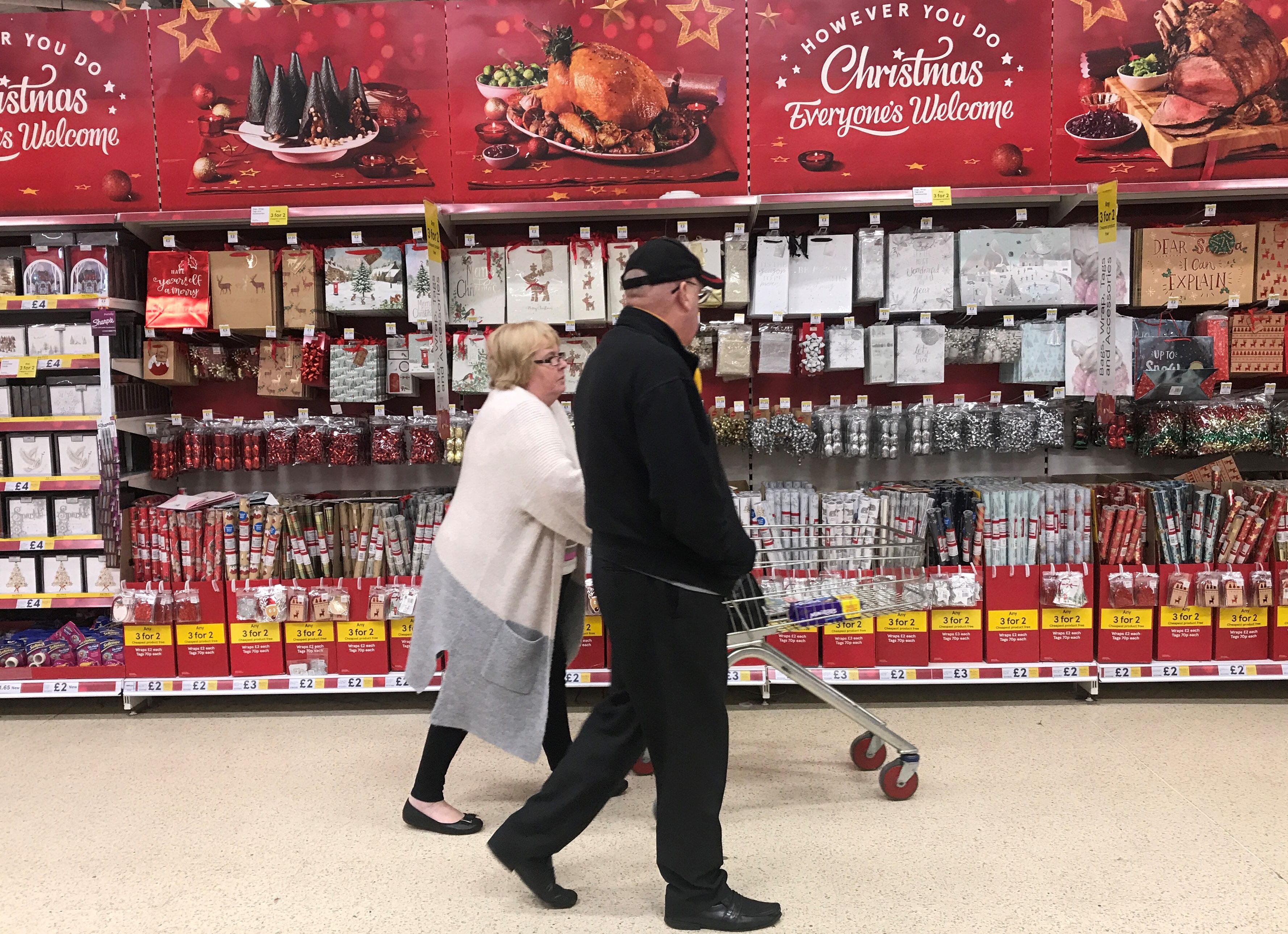 Britain’s biggest grocer outsold rivals over a difficult Christmas period and fought off discounters like Lidl with cheaper offerings. Its operating margin targets are attainable even though Brexit-wary consumers are counting pennies. The company deserves a higher valuation.

A woman pushes a shopping trolley past Christmas decorations for sale in a Tesco store in Manchester, Britain November 27, 2018.

Tesco, Britain’s biggest retailer, on Jan. 10 reported UK sales rose 2.2 percent in the six weeks to Jan. 5 compared with a year earlier, saying that it had outperformed the market in food, clothing and general merchandise. Reuters’ analysts had forecast a rise of 1 to 1.5 percent.