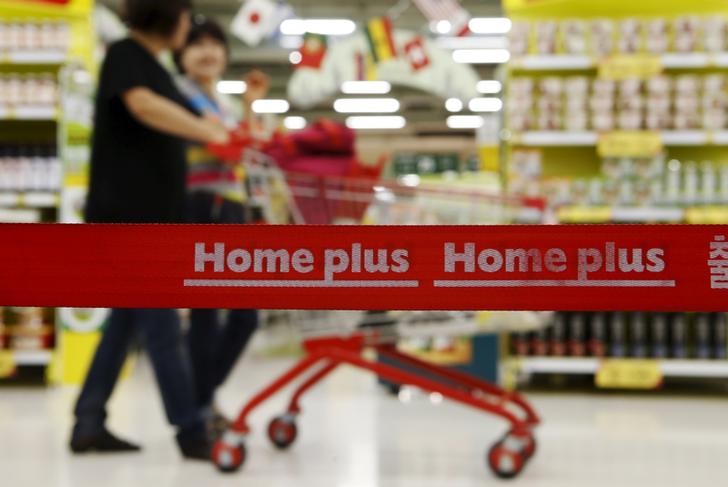 The UK grocer is offloading its South Korean unit for $6 bln-plus in Asia’s largest-ever buyout. That’s a solid result given wider market wobbles and falling margins at Homeplus. South Korea’s burgeoning private equity market and a paucity of big deals in the region helped.

In a statement on Sept. 7, Tesco said it would receive 3.35 billion pounds in cash after tax and transaction costs. Britain’s biggest grocer said those proceeds would help strengthen its balance sheet.

Homeplus operates 1,075 hypermarkets, supermarkets and convenience stores, and 139 malls alongside its biggest stores. It competes with the publicly listed E-Mart and Lotte Mart, a unit of Lotte Shopping.

MBK’s partners include Canada Pension Plan Investment Board, the Korean Public Sector Pension Investment Board, and Temasek of Singapore. Toronto-based CPPIB said it would invest $534 million for a 21.5 percent stake. MBK is South Korea’s largest private equity firm by funds raised, according to Preqin, having secured $5.8 billion from investors.