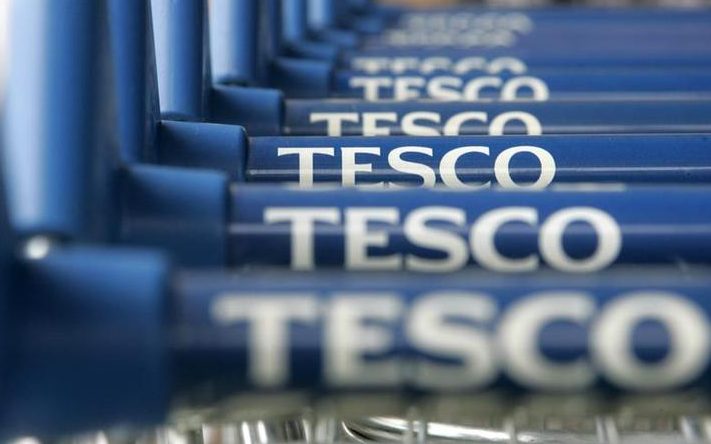 Tesco will have to fight for its independence in 2015. The UK grocer’s equity value fell from 33 billion pounds ($51 billion) three years ago to 15 billion pounds in mid-December. The group will start the year by unveiling a new strategy and, probably, a new chairman. Neither provides solid protection against a bid.

Tesco’s pretax profit could be less than 1 billion pounds in the financial year to the end of February, data from Thomson Reuters’ SmartEstimate shows. Net debt is around 7.5 billion pounds. The 22.5 billion pound enterprise value may put it beyond the reach of a financial buyer, especially factoring a premium on top. A club deal is conceivable to break it up, but these are notoriously hard to put together – and keep together.

A strategic buyer from overseas could yet be tempted by a one-off opportunity to jump straight into a leading position in the UK. China Resources Enterprise, the Hong Kong-based conglomerate with which Tesco has a 20 percent stake joint venture, is a plausible suitor. Tesco would be a mouthful for other acquisitive retailers. France’s Carrefour and Canada’s Loblaw are still smaller in equity value and would risk flowback proposing an all-paper merger. But Tesco could become a more digestible and less risky acquisition if it sold off non-core assets in the UK, Asia or Eastern Europe and used the proceeds to cut its borrowings.

Tesco already trades on a forward enterprise multiple of 7.6 against 5.5 for European peers. A 30 percent premium would cost a bidder 4.5 billion pounds, implying an exit enterprise value of 27 billion pounds, or 8.8 times forecast EBITDA in 2016. That is nearly twice the valuation of rival J Sainsbury. But Sainsbury is not such an easy target: the Qatar Investment Authority has a potential blocking stake with its 26 percent holding. Tesco offers a market-leading position and turnaround potential. Even a modest recovery in operating performance would see the take-out valuation fall.

Much will depend on who replaces Richard Broadbent, who said in October that he would step down when a successor could be found. If Tesco fails to deliver a clear and credible standalone plan, fed-up shareholders might jump at the chance to trade.

Shares of Tesco, Britain’s largest grocery retailer, closed at 188.45 pence on Dec. 29. That means shares in the company, which has published four profit warnings in five months, have fallen 44 percent since end-2013.

A line of Tesco trolleys stand outside a store in London.

Shares of Tesco, Britain’s largest grocery retailer, closed at 188.45 pence on Dec. 29. That means shares in the company, which has published four profit warnings in five months, have fallen 44 percent since end-2013.