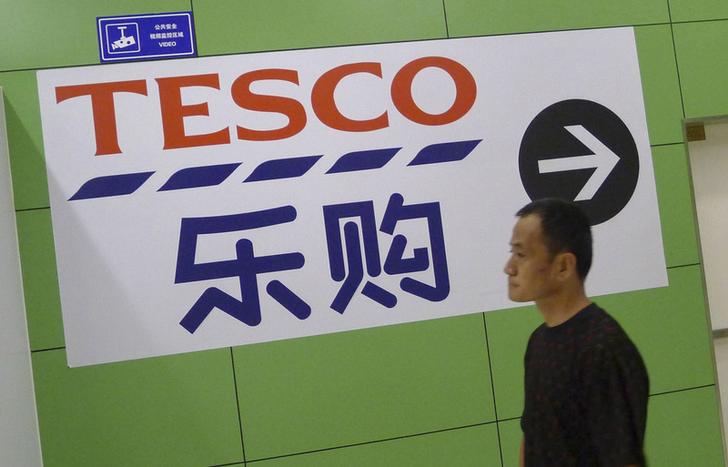 Selling stores in Korea and Thailand will make the grocery business easier to manage and could wipe out debt. Tesco offloaded ventures in China and Japan to local buyers. Its other Asian outlets could get top prices from competitors such as Aeon or Lotte.

A customer walks past a board showing the direction to a Tesco supermarket in Qingdao, Shandong province August 19, 2011.

Tesco cut its profit forecast for the third time in two months on Sept. 22. It said that first-half profit guidance issued on Aug. 29 was overstated by an estimated 250 million pounds. The London-listed retailer said it had “identified an overstatement of its expected profit for the half year, principally due to the accelerated recognition of commercial income and delayed accrual of costs.”

On Sept. 23, Moody’s Investors Service said it was reviewing Tesco’s credit ratings for a possible downgrade.

In October 2013, Tesco agreed to hand over its retail assets along with HK$4.3 billion ($555 million) in cash to form a hypermarket joint venture with China Resources Enterprise. China Resources holds 80 percent of the venture, while Tesco took 20 percent.

In June 2012, Tesco sold a 50 percent stake in its Japan business to retailer Aeon for a “nominal sum,” and agreed to invest 40 million pounds in the joint venture for restructuring costs.