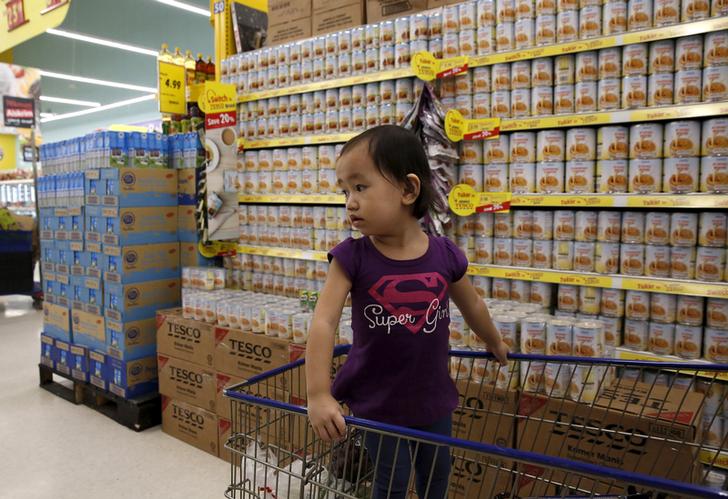 Tesco looks close to a sale of Homeplus, its South Korean arm. That is a good thing. The mooted 4.3 billion pound ($6.6 billion) proceeds would allow the UK grocer to cut its net debt in half and probably let it leave the credit rating agencies’ junk yard. It may also allow Tesco to reinvest more in the ongoing businesses at home and abroad.

Prior to September last year, investors would have demanded a credit default swap (CDS) spread of around 0.8 percent to insure against Tesco defaulting on its debt. That spread blew out to 2.1 percent by the start of this year as concerns about Tesco took hold. Internal management ructions saw the resignation of its finance director, its chief executive and its chairman. There was an accounting scandal and an increasingly aggressive price war among UK competitors. The CDS spread eased as an all-new management team took office but it is now back at the higher level.

Tesco’s net debt of 8.5 billion pounds is around three times Eikon’s measure of last year’s EBITDA. Tesco’s own measure of total indebtedness, which includes lease commitments and pension fund obligations, is substantially higher. So deleveraging looks wise. An influx of cash now would also be well timed. As Eikon data attests, 4.8 billion pounds of Tesco’s total 9 billion pounds of outstanding bond market debt is due to mature in the next five years. A junk rating means refinancing will almost certainly lead to higher interest costs.

A Korean sale would leave the question of where Tesco’s future growth will come from. Root-and-branch reform of the UK business may improve operating profit margins, but the grocer’s near-30 percent UK market share makes it hard to see much top-line growth.

Still, a Korean exit need not spell an end to Tesco’s international ambitions. Having avoided the necessity of taking on new debt at more expensive rates and stabilised its core UK business, Tesco might find itself able to recycle its Korean capital into its other overseas businesses in eastern Europe, Thailand, Malaysia and India.

A consortium led by MBK Partners, a South Korean private equity firm, has established itself as the preferred bidder for Homeplus, the South Korean supermarket chain owned by Tesco, the UK’s largest grocer by sales.

MBK is preparing to pay as much as $6.6 billion (4.3 billion pounds), according to a source cited by Reuters.

A child rides in a shopping trolley at a Tesco Extra store in Kuala Lumpur, Malaysia, July 6, 2015.

A consortium led by MBK Partners, a South Korean private equity firm, has established itself as the preferred bidder for Homeplus, the South Korean supermarket chain owned by Tesco, the UK’s largest grocer by sales.

MBK is preparing to pay as much as $6.6 billion (4.3 billion pounds), according to a source cited by Reuters.