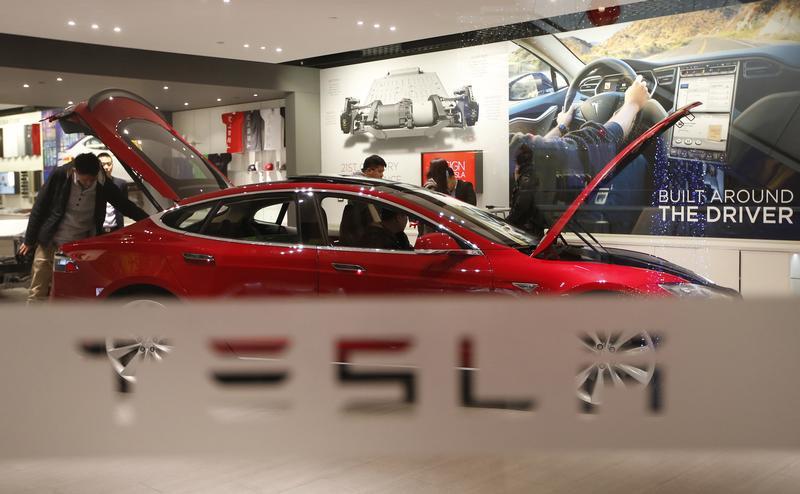 The home to GM, Ford and Chrysler revised a law to ensure the electric carmaker can’t sell directly to customers. It’s a rich decision for an industry with a history of lobbying for freer trade. A groundswell against the farcical dealer model, however, should in time win the day.

Michigan Governor Rick Snyder on Oct. 21 signed into law legislation that reinforces the state’s ban on automakers selling vehicles directly to customers. Instead, they must sell them through dealerships, a model eschewed by California-based electric carmaker Tesla.

The state’s law already forced automakers to sell through its dealers, as was reflected in the new bill’s original language. It stated that automakers could not “sell any new motor vehicle directly to a retail customer other than through its franchised dealers.” The final version of the bill deleted the word “its” from the sentence.

It makes Michigan the fifth state to pass legislation that impedes Tesla’s ability to sell cars. Diarmuid O’Connell, Tesla’s vice president of business development, told Reuters it may even prevent the company from having informational stores in the state.

General Motors had urged the governor to sign the bill after it was passed 106-1 in the state’s House of Representative and by 38-0 in the Senate.

Snyder said the new bill merely clarifies the law. He also said state lawmakers should examine whether forcing sales only through dealers is in customers’ best interests: “We should always be willing to re-examine our business and regulatory practices with an eye toward improving the customer experience for our citizens and doing things in a more efficient and less costly fashion.”