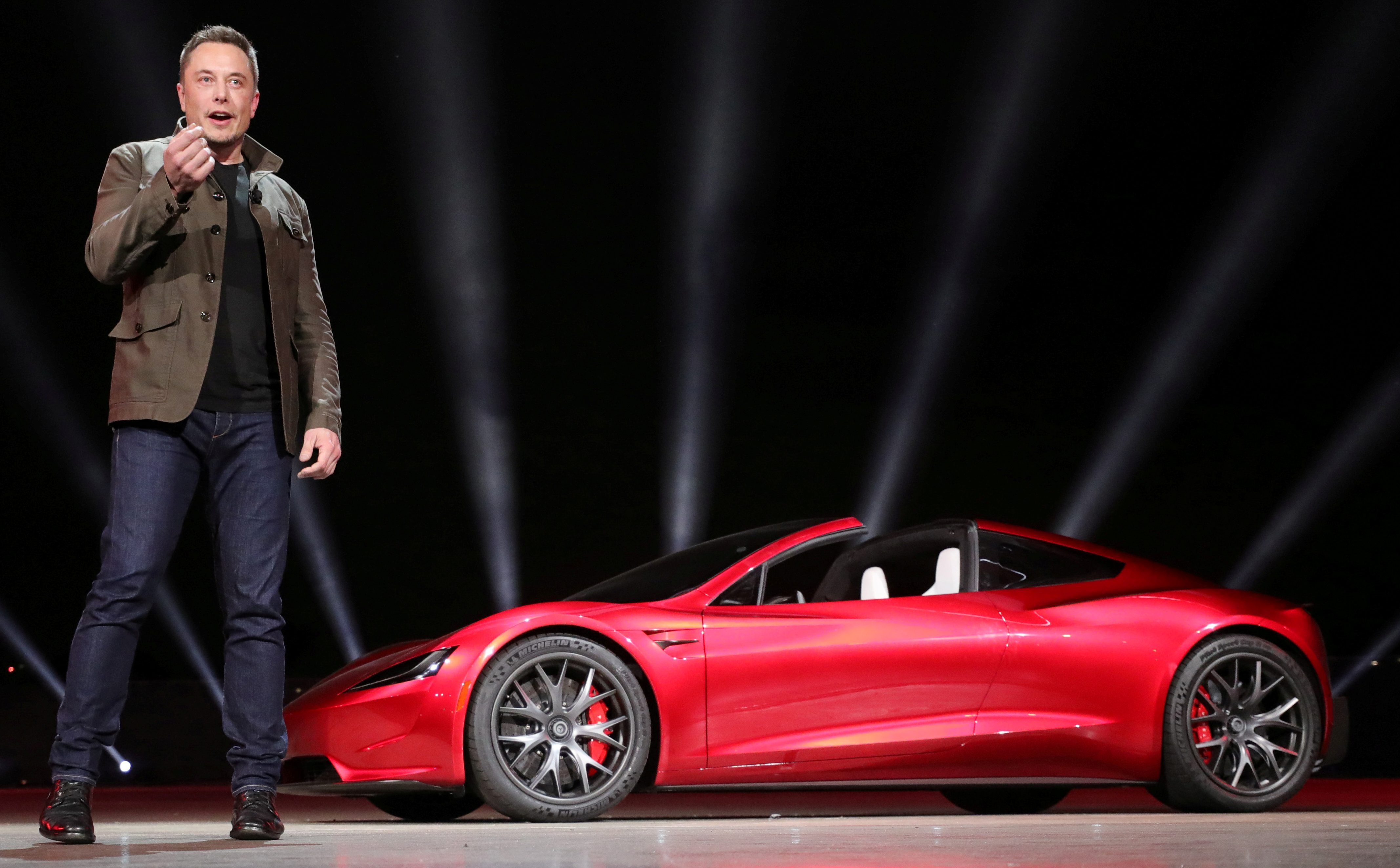 Elon Musk’s money-losing $53 bln electric-car maker unveiled a surprise new Roadster model while showing off a battery-powered truck. Pre-orders for the first-edition supercar, available in 2020, may raise $250 mln up front. It’s a reminder of Tesla’s constant thirst for capital.

Tesla CEO Elon Musk unveils the Roadster 2 during a presentation in Hawthorne, California, U.S., November 16, 2017. Tesla/Handout via REUTERS ATTENTION EDITORS THIS IMAGE WAS PROVIDED BY A THIRD PARTY. NO ARCHIVES. NO RESALES - RC1F03E20630

Tesla on Nov. 16 unveiled a new Roadster model, upstaging its own debut of an electric heavy-duty truck, the Semi. Chief Executive Elon Musk said the new $200,000 sports car would be the fastest production car ever.

Musk did not give a price for the truck, or say how or where either product would be built, but he said the Semi would begin production in 2019 and that the Roadster would be available a year later.

Some analysts fear the truck will be an expensive distraction for Tesla, which is burning cash, has never posted an annual profit, and is in self-described “manufacturing hell” starting up production of its $35,000 Model 3 sedan.