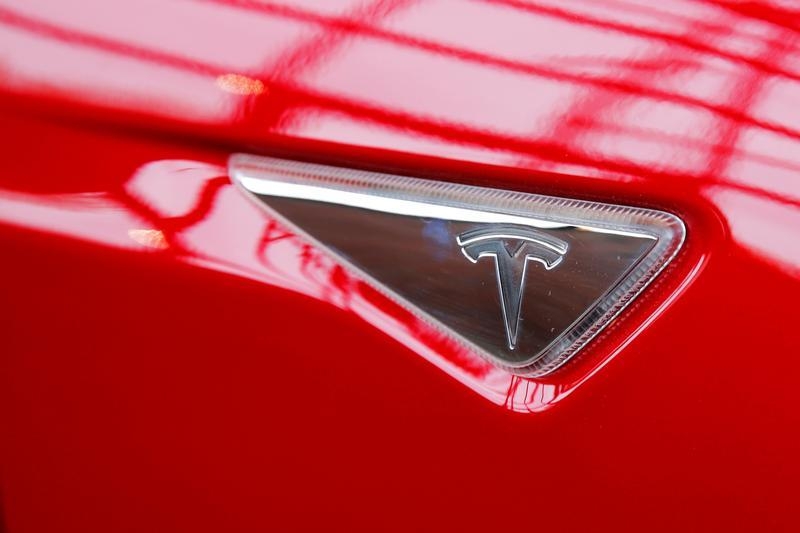 Tesla Motors investors had better brace themselves. The electric-auto maker said on Wednesday that it aims to produce 500,000 vehicles two years earlier than planned, amid strong demand for its new Model 3 sedan. Such ambition is typical for Tesla boss Elon Musk, who is also behind the SpaceX rocket venture. The cash and technical capabilities involved, however, will heighten operational and financial risk along with the potential rewards.

The new production target for 2018 – six times this year’s anticipated output, and more than a quarter of global BMW-branded sales in 2015 – combined with a first-quarter loss that was a hair narrower than expected, pushed the $31 billion carmaker’s shares up in after-hours trading. Tesla, which has never made an annual profit, now trades on a whopping 180 times this year’s expected earnings, according to estimates tracked by Thomson Reuters. It’s valued at 44 times the profit Wall Street analysts had been penciling in for 2018.

There’s little margin for error as Tesla races to deliver the results needed to justify its sky-high valuation. Production of Tesla’s Model X SUV hit some speed bumps in the first quarter, and two senior manufacturing executives have left their jobs. Musk’s company is racing to get its so-called Gigafactory battery facility running by year-end. It wants the $35,000 Model 3 – which has received more than 325,000 pre-orders since it was unveiled in March – to start rolling off the assembly line in late 2017.

Characteristically, Musk has long argued that Tesla’s main constraint is supply, not demand. That explains the urgency around the 500,000 annual production target. Hitting it will require more investment, though: Tesla said it expects full-year capital expenditures to come in $750 million above its initial 2016 guidance as a result of the new plan. It also warned that it would “likely require some additional capital.”

That’s on top of the increased risk of technical and operational hiccups as Tesla pushes the pedal to the floor – not to mention rising, if belated, competition from Detroit. Investors might keep a simple principle from physics in mind: The force with which an object crashes into an obstacle increases in proportion to its acceleration.

Tesla Motors on May 4 said it had moved up a target of producing 500,000 vehicles per year to 2018 – two years earlier than planned. The update came as Tesla reported a first-quarter net loss of 57 cents a share, excluding special items, narrowly ahead of Wall Street’s average forecast of a net loss of 58 cents.

A Tesla logo on a Model S is photographed inside of a Tesla dealership in New York, U.S., April 29, 2016. REUTERS/Lucas Jackson/File Photo

Tesla Motors on May 4 said it had moved up a target of producing 500,000 vehicles per year to 2018 – two years earlier than planned. The update came as Tesla reported a first-quarter net loss of 57 cents a share, excluding special items, narrowly ahead of Wall Street’s average forecast of a net loss of 58 cents.