All the cars in China 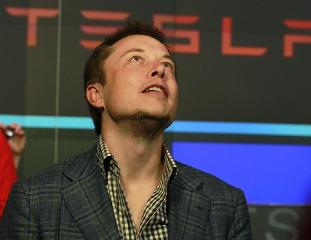 Elon Musk thinks the $25 bln electric automaker could be worth $700 bln or more in 10 years. Along with what seems to be a math mistake, Musk’s assumptions for Tesla’s future look heroic – especially for a company that is having some down-to-earth trouble in the present.

In a call with investors, Musk said Tesla would “spend staggering amounts of money on capex, for good reasons and a great ROI.” He went on to say the company’s market value could reach Apple’s <AAPL.O> within 10 years. The iPhone maker is worth $740 billion, while Tesla is worth $25 billion.