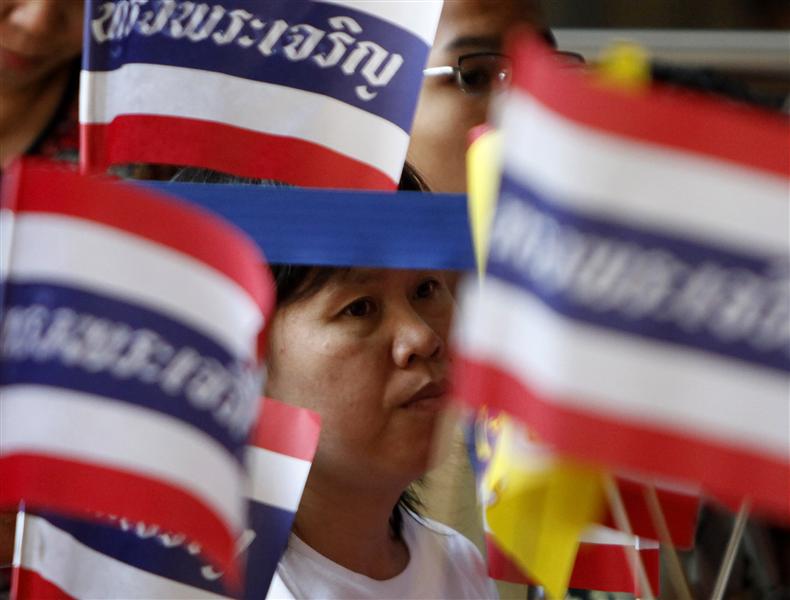 Thailand’s weak exports don’t dent its reconstruction tale. Rebuilding after 2011’s floods is likely to produce a V-shaped recovery. Falling European demand is a worry, but investment is booming and output should too once factories reopen. Government handouts will prop up rural consumption, which augurs well for earnings and stocks.

The world’s largest exporter of rice and rubber, Thailand is also the 14th largest vehicle producer and the second-biggest source of computer hard drives. So like Japan’s earthquake and tsunami last March, Thailand’s October floods had a wider impact than expected, throwing its own economy into reverse and disrupting electronics and automotive shipments worldwide.

Global investors are betting that Thailand will rebound even more sharply than Japan did. They’ve bought $2.7 billion in Thai stocks this year, according to Nomura, helping push the benchmark index up more than 17 percent. Yet stocks still trade below 10 times 2012’s estimated earnings, below their 10-year historical average.

Thailand is likely to deliver GDP growth this year of at least 5.5 percent. Automakers have resumed full production, according to Moody’s, but electronics plants are running at less than half pre-flood levels. Restarting them should result in a sharp rebound. Repairing them boosted investment by 8 percent in the first quarter.

Exports might appear the weak link. Gross exports are equivalent to 71 percent of Thailand’s GDP, and they are sliding, particularly to Europe. But part of the slump is because factories were shut. Once they’re up and running, exports should rebound.

Rice and rubber exports have slumped too. That’s partly because Prime Minister Yingluck Shinawatra’s government is spending 400 billion baht ($13.5 billion) to support reconstruction and consumption in rural areas where her party draws most of its support. Paying farmers above-market prices for rice and rubber to build stockpiles means fewer exports.

That’s likely to raise debt-to-GDP to 50 percent from 44 percent now, but with borrowing costs still below 4 percent, Yingluck can afford to be generous. What’s good for Thailand’s farmers may prove good for investors, too.

Asian rice prices rose April 25 as Thailand stepped up efforts to stockpile the grain. The government has extended a scheme until the end of June under which it is offering to pay farmers 1.7 times the market price for their crop.
The government has so far stockpiled the equivalent of roughly 7 million tonnes of milled rice. Thai rice exports have dropped by half to 1.9 million tonnes so far this year, from 3.5 million tonnes in the same period last year, according to the Commerce Ministry.