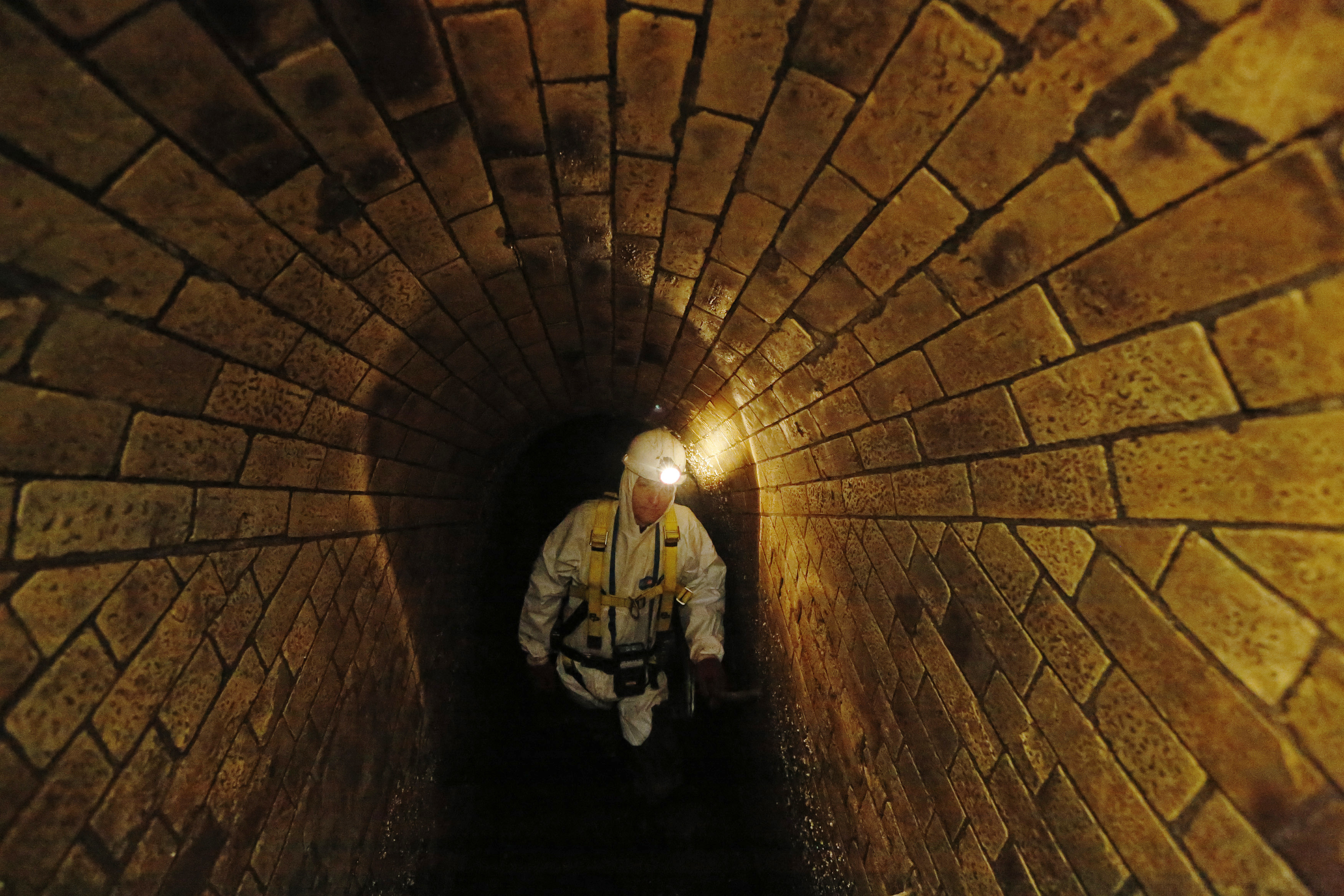 The utility is reining in dividends and spending 12 bln pounds to restore ropey infrastructure. Given a Labour government under current opposition leader Jeremy Corbyn might nationalise the sector, caution is wise. But Thames’ inability to cut bills still leaves it an outlier.

Land surveyor Neil Lloyd poses for a photograph in the Thames Water Fleet sewer, a Victorian sewer system designed by Joseph Bazalgette, beneath the streets of London March 13, 2013.

Thames Water said on September 3 it would restrict its dividend plans for the next seven years following pressure from the industry regulator.

Britain’s largest water company by customers said it would curb shareholder payouts for the coming two years and cap dividends at 100 million pounds over the next regulatory period from 2020 to 2025. Thames, which serves 15 million customers across the south of England, also said it would invest 11.7 billion pounds in upgrades over the period, including 2.1 billion pounds to improve resilience and reduce leakage.

England’s big water companies also unveiled plans on September 3 to cut leakages and improve services while keeping prices at least flat. United Utilities said it would cut average bills by 10.5 percent in real terms between 2020 and 2025, Severn Trent said it would reduce prices by 5 percent, and Thames said it would keep bills flat.

The plans follow water industry regulator Ofwat’s modified methodology for its 2019 price review, issued in July, which requires water suppliers to be more transparent about their dividend policies, executive pay, debt-to-equity ratio and other issues. Ofwat will publish an initial assessment of the business plans on Jan. 31.