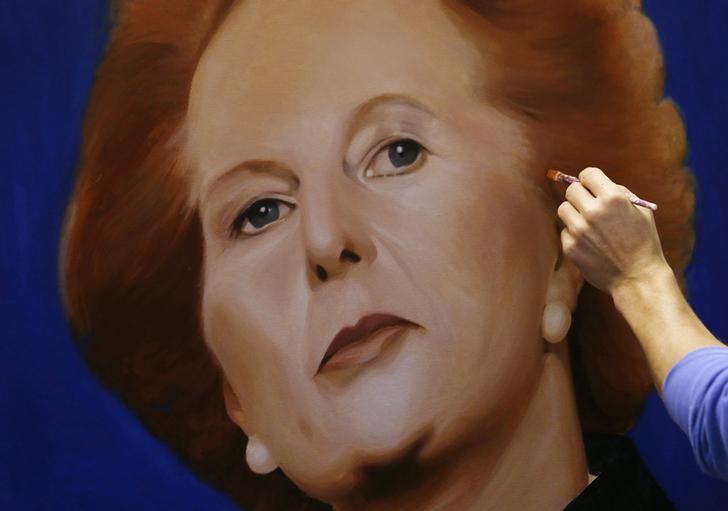 Margaret Thatcher’s government was Schumpeterian: it destroyed as well as created. Her ultra-high interest rates and strong pound devastated industry, then her 1986 reform gutted the City of London. But her reduction in marginal tax rates and defeat of the unions restored Britain’s economic vitality.

Thatcher was not brought up as a Conservative. Her father, a successful mayor of Grantham, was a Liberal supporter of the 1931 National Government. She shared neither the paternalism of the Disraeli nor Lord Liverpool’s belief that Conservative free-market economics must be tempered by respect for organic, long-established existing institutions.

Her 1986 reform of the City was based on a “level playing field” ideology that took no account of Britain’s three centuries of financial history; in the event it undermined the London merchant banks and with them the British comparative advantage in financial services. She had other failures. The 1979-80 Rhodesia/Zimbabwe settlement did not provide adequate protection for Rhodesians’ civil rights. She failed to exercise enough scepticism about the Channel Tunnel’s cost estimates, landing Britain with a narrowly focused Continental connection rather than a broader and more economically generative link that would have been provided by a bridge. Some will think she failed to embrace European integration too; while others will conclude that she did too little to keep Britain away from the clutches of Brussels.

Thatcher was accused of being excessively confrontational. However, her combative approach enabled her to keep her cabinet in line in the difficult early years of 1980-82, when an overvalued exchange rate and high interest rates were destroying much of Britain’s manufacturing capability. Gritty determination also led her to defeat a militarily underpowered opponent in the Falklands conflict, a victory that ensured her own political survival.

She played an important supporting role to U.S. President Ronald Reagan in the bloodless defeat of Soviet Communism and stiffened President George H.W. Bush in the run-up to the first Gulf War. Indeed, her willingness to confront was a key strength. Without it she could not have defeated the over-mighty trades unions – notably the miners – and this was a victory essential for British economic survival. A lesser character would have caved in to her opponents and lost everything, as Edward Heath did in the much less difficult circumstances of 1972.

The UK’s share of world GDP, based on purchasing power parity, declined from 4.3 percent to 4.1 percent between 1979 and 1990. It then dropped to around 3.6 percent in the next two years, largely thanks to the overvaluation of the pound through its link to the deutschemark. But Britain’s enduring economic strength owes much to Margaret Thatcher. She was an inspiration to her successors, and demonstrated that free-market economic policies pave the path towards improving living standards.