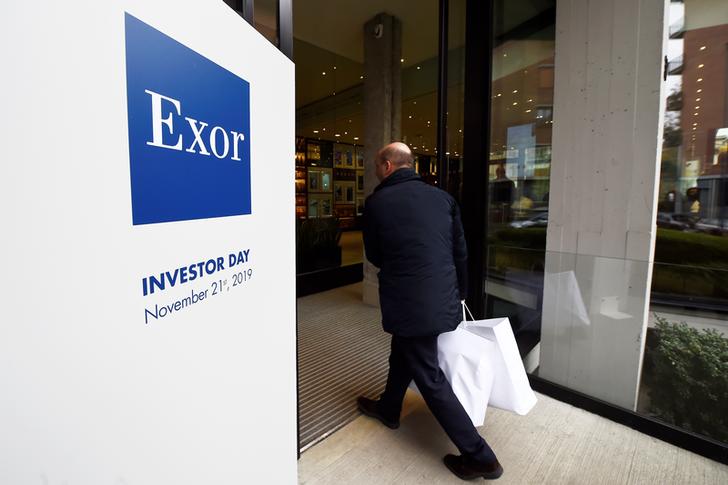 With a planned $9 bln cash windfall from selling PartnerRe and fat dividends from merging Fiat with Peugeot, the Italian billionaire family was set just months ago for a global, diversification shopping spree. Exor is a case study in how quickly the pandemic shifts fortunes.

The Exor logo is seen on investor day held by the holding group of Italy's Agnelli family in Turin, Italy, November 21, 2019.

French mutual insurer Covea on May 12 walked away from its planned $9 billion purchase of reinsurer PartnerRe from Exor, the billionaire Agnelli family’s investment vehicle. The deal terms had been agreed in a memorandum of understanding on March 3.

Covea said in a statement it could not complete the deal under the proposed terms because of unprecedented conditions and uncertainties threatening the global economy.

Exor, which also controls carmaker Fiat Chrysler Automobiles, completed the acquisition of PartnerRe for $6.9 billion in 2016 after a lengthy hostile takeover battle.