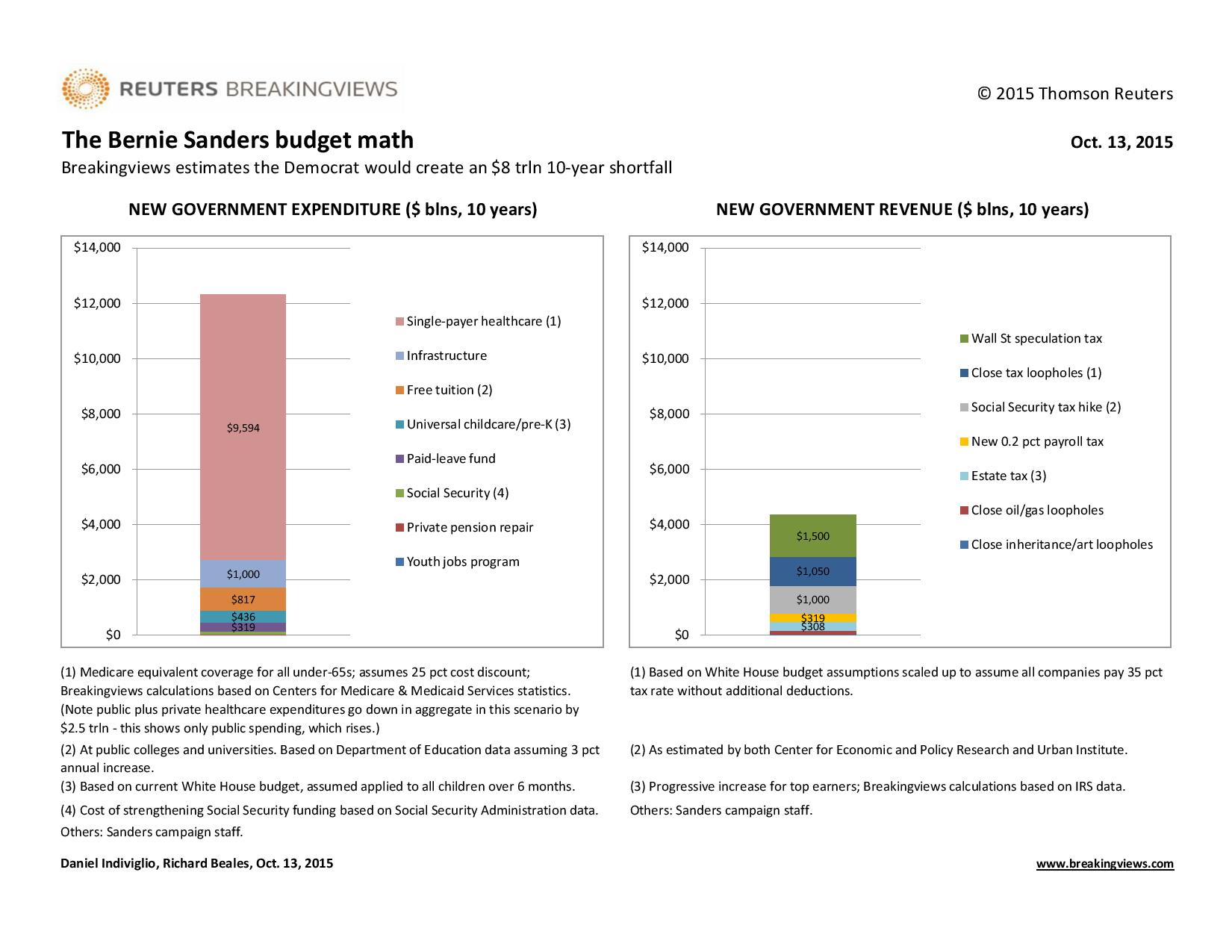 Breakingviews estimated on Monday that Bernie Sanders, the socialist U.S. presidential wannabe, would spend $8 trillion more over 10 years than his higher tax proposals would bring in. Readers questioned our figures. As with rival analyses, many assumptions are required. Some of them are laid out in more detail in the graphic below.

Sanders has touted policy ideas like a shift to a largely government-run, or single-payer, healthcare system and, on the revenue side, a higher effective corporate tax rate. Quantifying the financial impact – especially when looking forward 10 years – is a game of many variables. Breakingviews’ effort, which estimates that Sanders would add $12 trillion of expenditure and only $4 trillion of revenue over a decade, is no exception.

A greater government role in healthcare might, of course, reduce the total public and private cost of all things medical. In fact, Breakingviews reckons that in aggregate these outlays would decrease by $2.5 trillion over 10 years. But Washington would spend nearly $10 trillion more than under current policies, and the figures in Monday’s piece were designed to show changes in the government’s books.

It’s no surprise that the Vermont senator’s plans are expensive. Many Americans might be fine with that if they thought they’d benefit from better public services. Just as Republican candidates aren’t coming clean about cost cuts to match their proposed tax reductions, though, Sanders hasn’t yet outlined where he’d find the additional government revenue necessary for his plans. Maybe he’ll reveal more during Tuesday evening’s Democratic debate.