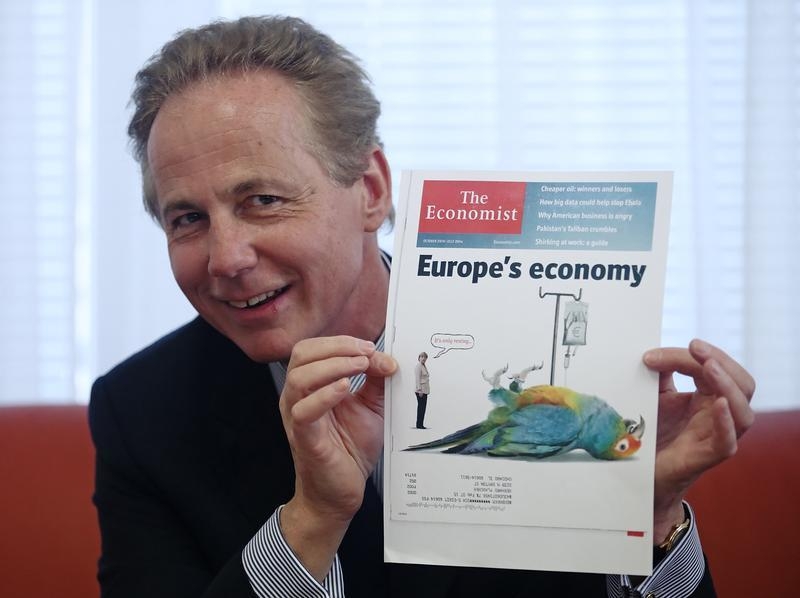 The Economist is an elite publication facing plebeian problems. Its revenue has been in decline since 2012 amid a decimation of print advertising afflicting high and low-brow titles alike. Meanwhile, the group’s own self-assessed value keeps rising.

Pearson, fresh from selling the Financial Times to Japan’s Nikkei for 844 million pounds, or $1.3 billion, wants to offload its 50 percent interest in The Economist. The Italian Agnelli family, through its Exor vehicle, owns 4.7 percent and boss John Elkann sits on the weekly publication’s board. Exor has said it wants to raise its stake. Rothschild family members own over 20 percent, and they or other owners like the Schroders or Cadburys might be interested in doing the same.

A 5.6 percent dividend yield for the year to March is appealing, especially with interest rates so low. So is the brand’s prestige. The in-house valuation, at nearly 730 million pounds in March, has more than doubled since 2005, offering an internal rate of return, including dividends, of 11 percent over the decade – better than major stock benchmarks.

Even so, The Economist’s annual dividends, worth 41 million pounds, look precarious. The ratio of that payout to profit in the most recent financial year was nearly 90 percent. That’s indicative of the challenge of keeping earnings up as revenue falls. The group’s top line and operating profit have shrunk about 10 percent since 2012 to 328 million pounds and 60 million pounds, respectively, in the latest accounts.

The weekly’s bosses have done well to keep after-tax profit more or less steady, supporting both valuation and dividends. The widespread carnage in print advertising, though, has not passed The Economist by. Its executives have increased revenue per subscription and are trying other ways to lift sales, including a recent initiative to produce short documentaries.

They are, however, racing against a digital tide. Even if they can attract online ads, revenue is shared with Google and others. The title’s cachet and its record may make it easier for wealthy owners to double down on a bet that their publication can succeed where others have failed. It would nevertheless be a contrarian call worthy of The Economist’s own editorial page.

Britain’s Pearson is in talks to sell its 50 percent stake in The Economist to the other shareholders of the weekly newspaper, the company said on July 25.

The move comes on the heels of Pearson’s deal to sell the Financial Times newspaper to Japanese media group Nikkei for $1.3 billion, announced on July 23.

Britain’s Pearson is in talks to sell its 50 percent stake in The Economist to the other shareholders of the weekly newspaper, the company said on July 25.

The move comes on the heels of Pearson’s deal to sell the Financial Times newspaper to Japanese media group Nikkei for $1.3 billion, announced on July 23.