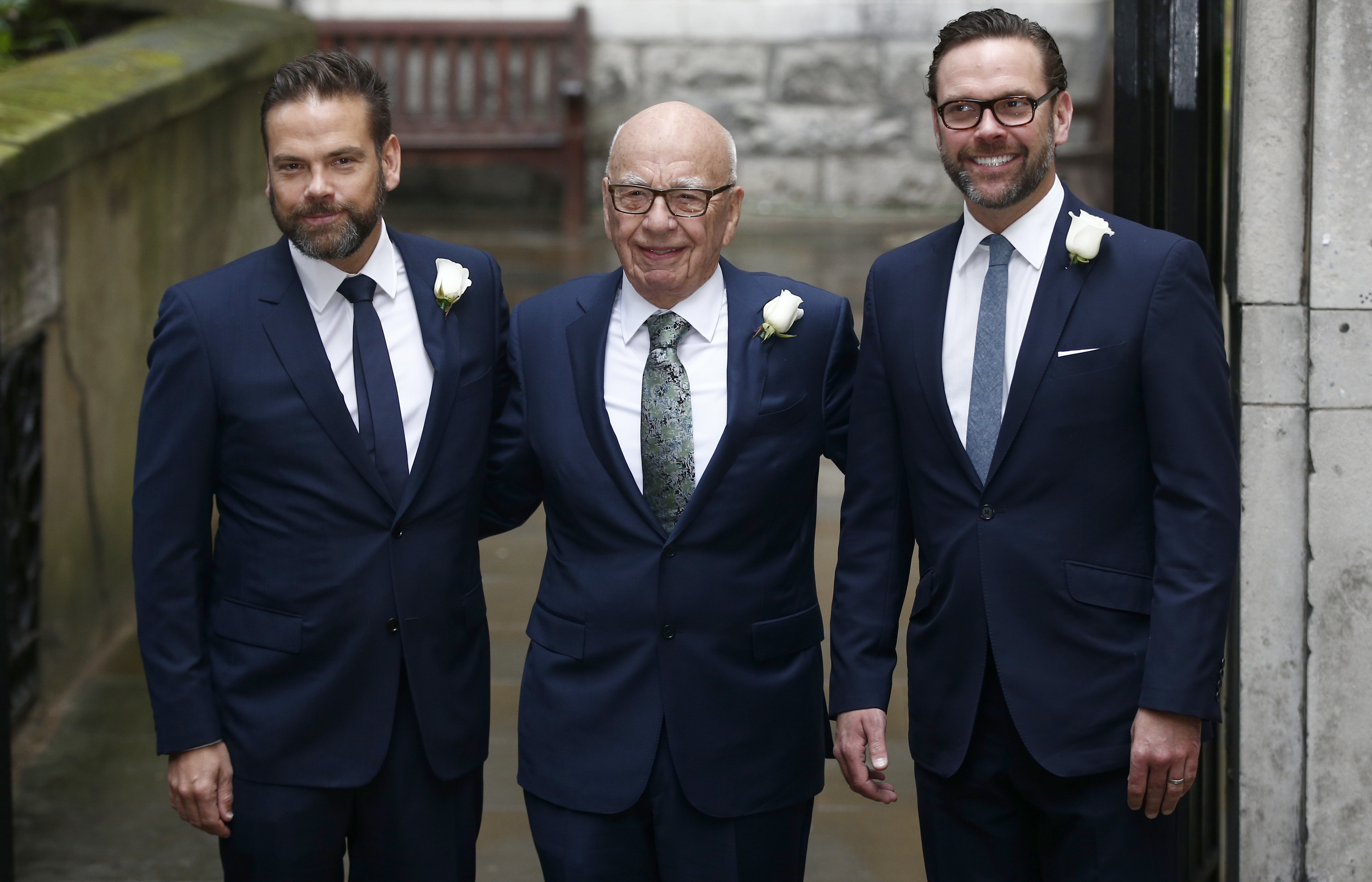 The Magic Kingdom is eyeing parts of Rupert Murdoch’s $60 bln empire. Disney would add to its clout with global outlets and film and cable content. The Murdochs, meanwhile, may fancy shares in a bigger group. A tie-up could help with succession problems at both companies, too.

Media Mogul Rupert Murdoch (C) poses for a photograph with his sons Lachlan (L) and James as they arrive at St Bride's church for a service to celebrate the wedding between Murdoch and former supermodel Jerry Hall which took place on Friday, in London, Britain March 5, 2016.

Walt Disney and Twenty-First Century Fox could sign a deal as soon as next week for Disney to acquire some of Fox’s assets, CNBC reported on Dec. 5. Disney would get Fox’s movie and TV studio, cable networks like FX and international assets like its 39 percent stake in Sky, adding up to an enterprise value over $60 billion, the report said.

Fox Chief Executive James Murdoch, whose family controls almost 40 percent of the voting stake in Fox, could be a potential successor to Disney CEO Bob Iger, the Financial Times reported on Dec. 5. Murdoch is likely to get a senior position at Disney should the deal happen.

Britain’s Competition and Markets Authority has pushed back the date of its provisional findings on Fox’s bid for the 61 percent of European pay-TV firm Sky it does not already own until January, Reuters reported on Dec. 6. The regulator had been expected to release its initial views on Dec. 18. The CMA said it had received a large number of submissions related to the takeover. Fox made a $15 billion offer in December 2016 to buy the rest of Sky.