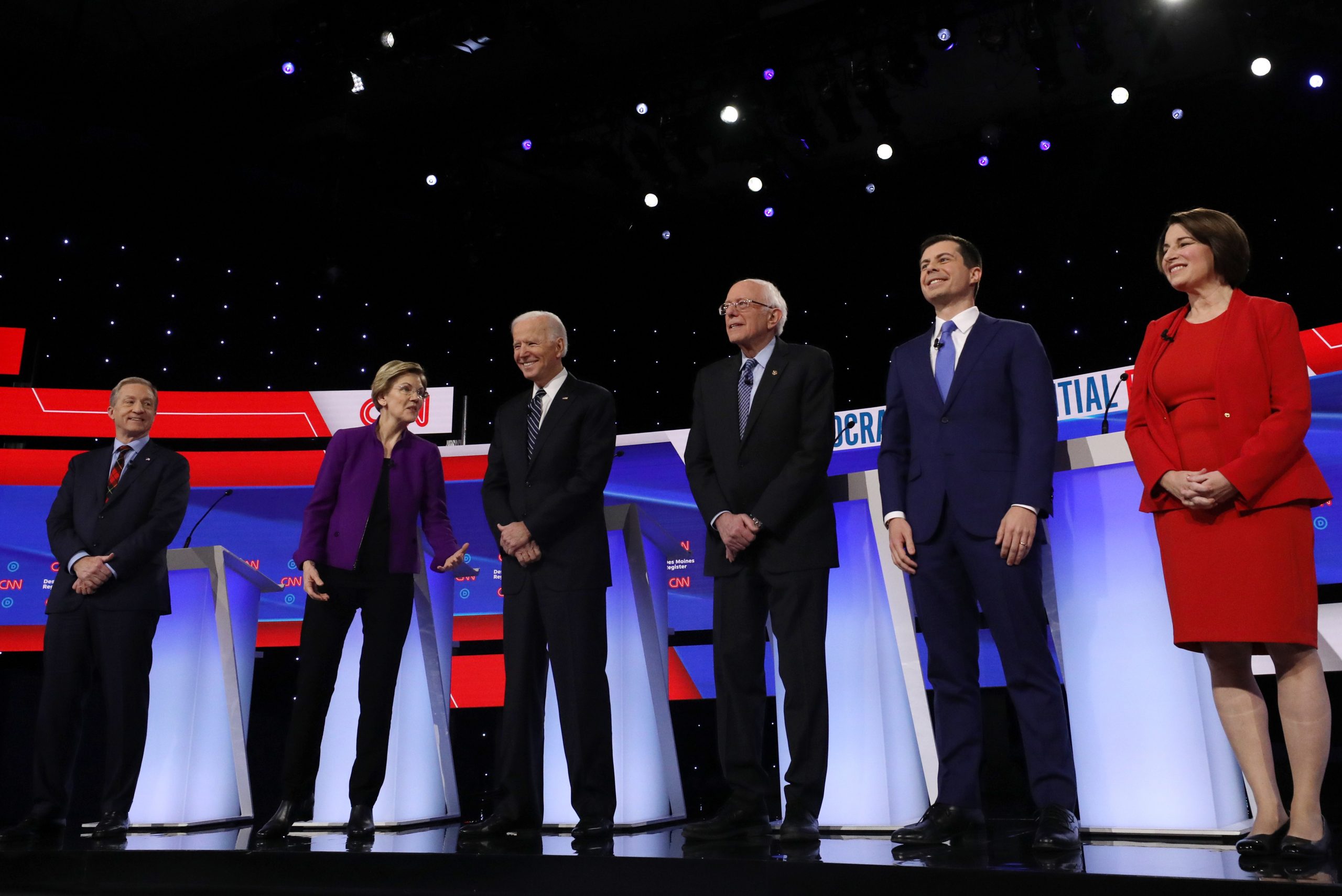 World leaders, chieftains of giant companies, the wealthiest investors and good people running organisations to save humanity from its excesses attended the World Economic Forum last week. But the most important person was absent from the summit: The Democrat who will challenge Donald Trump for the American presidency in November.

He or she was there in spirit. “Who will take on Trump?” was the main question posed to any delegate with an American accent. With good reason. The race for the nomination is as open as it was four years ago, with a wider spectrum of contenders and potential outcomes on economic matters including trade, China relations, financial sanctions, carbon taxes, banking regulation and even mergers and acquisitions.

Most delegates expect Trump to defeat whoever the Democrats choose as his opponent. But it’s by now almost a cliché to say it’s best to bet against the Davos consensus. In early 2016, for instance, it was nigh impossible to find anyone in the Swiss mountain resort who believed the tycoon-turned-reality TV star would become the Republican nominee, much less beat Hillary Clinton to the White House.

Trump’s policies of reduced taxes and regulation are popular among the Davos elite. Still, there’s not much admiration for the man. His speech last Tuesday to the assembled globalists, with its every-country-for-itself message, went down like a lead balloon.

Yet while the Davos crowd might prefer to see Trump replaced, there’s little familiarity with the palette of Democrats, aside from former Vice President Joe Biden. Senators Bernie Sanders and Elizabeth Warren scare businesspeople with their talk of breaking up companies and hiking taxes. Meanwhile, the delegates hail Michael Bloomberg as one of their own.

In the middle are candidates with hard-to-pronounce names like Mayor Pete Buttigieg and Minnesota Senator Amy Klobuchar. California billionaire Tom Steyer was never a Davos regular. Entrepreneur Andrew Yang is unknown outside tech circles. “The range is huge,” said one European banking boss, “but I know what to expect from a Trump second term.”

That may be the height of this year’s Davos groupthink: the idea that Trump’s second term will be more of the same. The president’s desire to cement his legacy beyond tax cuts and impeachment makes him as unpredictable as whatever the other side can throw up. The unknown Democrat will go down as the absentee Davos missed the most.

The World Economic Forum concluded its 50th meeting in the mountain resort town of Davos, Switzerland on Jan. 24.

The World Economic Forum concluded its 50th meeting in the mountain resort town of Davos, Switzerland on Jan. 24.