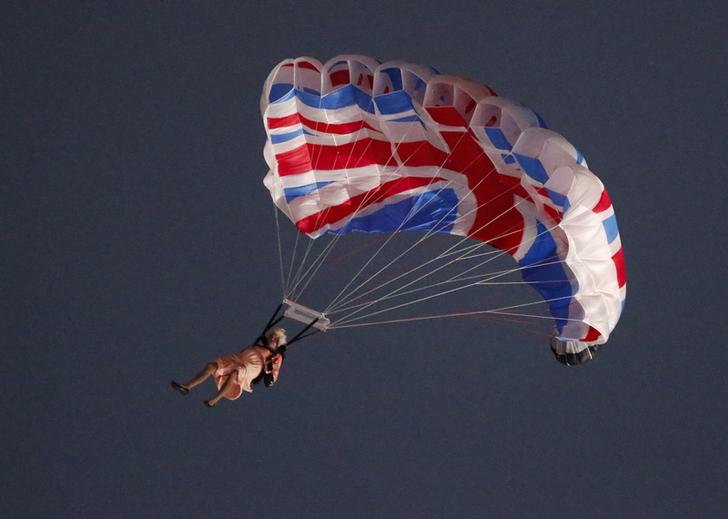 The UK’s first-quarter GDP came in strong, as expected. But something surprising lies in wait this year. The statisticians are going to solve one of the UK’s big problems – its low savings rate – with a tweak of their methodology. Wondrous numerical transformations – but reality is still sobering.

The economic growth of 0.8 percent on the previous quarter was as expected. The annual pace of 3.1 percent is also very good. The UK may well be the fastest growing economy in the developed world. But some health warnings are needed.

The UK is growing so fast now, at its best annual rate since before the crisis, in part because it fell so far and took such a long time to revive. The second warning is that there is, even now, a good deal of froth in that recovery, with the foreign cash pouring into London property, some of it reportedly from Russian oligarchs – a far from dependable factor in growth.

Also, the stellar year for UK GDP is going to be propelled by statisticians as well as oligarchs. The Office for National Statistics has said that a shift from the 2005 version of the European System of Accounts to ESA 2010 in September this year is going to add between 2.5 and 5 percentage points to UK GDP. A handy little boost, all from a recalculation.

A more important impact will be felt in what has been seen in recent years as one of the major weaknesses of the UK economy: its very low household savings rate. ESA 2010 will change the treatment of defined benefit pension schemes so that employers’ promised contributions become part of employees’ saving. The personal savings rate will double. But the shift essentially shifts money within the economy. Corporate savings will be lower.

A good year for UK GDP has begun. And the belated recovery should certainly be welcomed. But the all too easy contributions of oligarchs and statisticians are worrying. And the fact that output is still 0.6 percent less than in 2008 is a better reflection of reality.

In order of their contribution, output increased by 0.9 percent in services in the first quater, 0.8 percent in industrial production and 0.3 percent in construction. Output decreased by 0.7 percent in agriculture.

In order of their contribution, output increased by 0.9 percent in services in the first quater, 0.8 percent in industrial production and 0.3 percent in construction. Output decreased by 0.7 percent in agriculture.